Usually, September is the huge fall month for publishers — some of the biggest titles of the year release in September. While 2019 was no exception — there were some great titles out last month both in adult books and YA novels — I feel like October is even better in terms of my personal tastes.

The young adult sci-fi and fantasy out this month is just so good — I'm drooling over each and every book on this list. From huge authors like Renee Ahdieh to amazing debut novelists Farah Naz Rishi and London Shah, the books on this list are mind-blowing, epic, and utterly amazing. I can't wait for you to read them.

When Celine Rousseau catches the eye of Sebastien Saint Germain, the leader of New Orleans' underworld in the late 1800s, she's flattered. After all, the darkness of her new city is alluring. But when young women start ending up dead and Celine fears she's next, she begins to see that the supernatural things that hide in the dark may be scarier than she ever imagined.

Ama is a telepath, which means that the government would love nothing more than to experiment on her. She escaped that horrific life and has been laying low — that is until she's contacted by a group that wants to help others like her. Now, Ama is on the front lines of the fight as she infiltrates the opposition, but things get much more complicated than she expected and she must decide where her loyalties lie.

I absolutely love books where the main characters are scoundrels and they have to come together to save the world, so you can bet I've had my eye on Alexandra Christo's new novel, the first in a duology, for a while. Four different people — a gangster, a warrior, a resistance fighter, and a busker — must put aside their own personal ambitions in order to end a conflict that threatens their world, but can they trust one another? 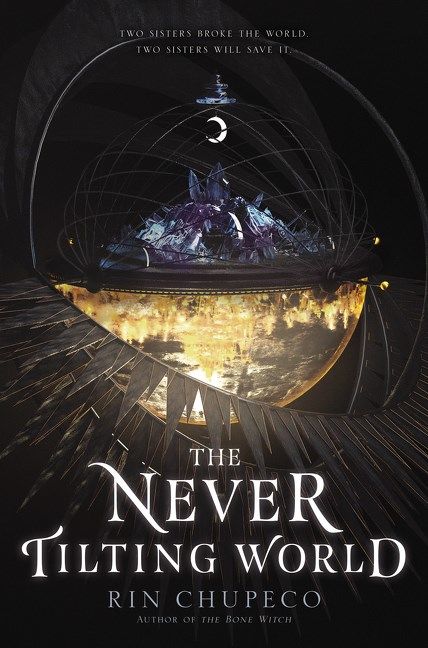 Duologies are a 'thing' right now, which is exciting — I don't mind trilogies, and I do love a standalone, but with duologies you kind of get the best of both worlds: expanded world-building and storytelling, but not having to wait three years for a full story. Run Chupeco's latest novel is yet another first in a duology, about two sisters who rule a broken world and the quest they must go on together to bring it back into balance.

Getting into the dragonriders, which is the governing class of the fantasy world of Fireborne, is a test of merit. Both Annie and Lee are able to test into it — Annie is from the lowest classes, while Lee is an aristocrat. They both grew up in the same orphanage after their families were killed during a revolution when they were children. But when everything Annie's families fought — and died — for is threatened, she must go to war for what she holds dear. The question is will Lee join her or work against her?

I Hope You Get this Message - Farah Naz Rishi (October 22)

What would you do if you discovered that humans had been created by aliens from another planet? That's just what happens when Earth begins receiving messages from a planet called Alma, which claims that our planet is one of their colonies and they're considering hitting a kill switch on all life. In the wake of this havoc, three teenagers choose to make irrevocable changes in their lives — whether the threat is true or not.

I have been utterly captivated by the premise of The Light at the Bottom of the World ever since I first heard about it. It's set in a future where the major cities — including London — are now at the bottom of the sea. That's where humanity lives now, in the depths of the oceans, and it's where sixteen-year-old Leyla McQueen must figure out how to free her father from the clutches of a corrupt government that's been hiding secrets from its citizens for years.

Johnny and Allison are two best friends who have a talent for magic. They don't think it's anything serious, just a way to spend the summer. That is, until they accidentally unleash an earthquake, and the Marduk Institute comes for them. They're taken away — for their own protection, but even more for the protection of those around them — but it turns out that magic school isn’t that bad. Well, it's not that bad until they're expected to fight a war where they must decide what they stand for and what is really important.