It is a proven fact that superheroes have the best Thanksgivings, and that is because they are demonstrably bad at celebrating organized events in which they are intended to wear regular clothes and interact with other people in a normal context. If you think your holidays are bad, you can still always give thanks that at least you’ve (probably) never been attacked by ghosts, demons, or frog-themed villains during the holidays — unlike superheroes, who have had to deal with all of that.

In real life, Thanksgiving is a holiday wrapped in its own unique Lament Configuration of problematic motifs and deliberate misunderstandings of historical record before you even make it to the family drama portion of the day. In comics, it’s just another day where bonkers things happen out of nowhere. 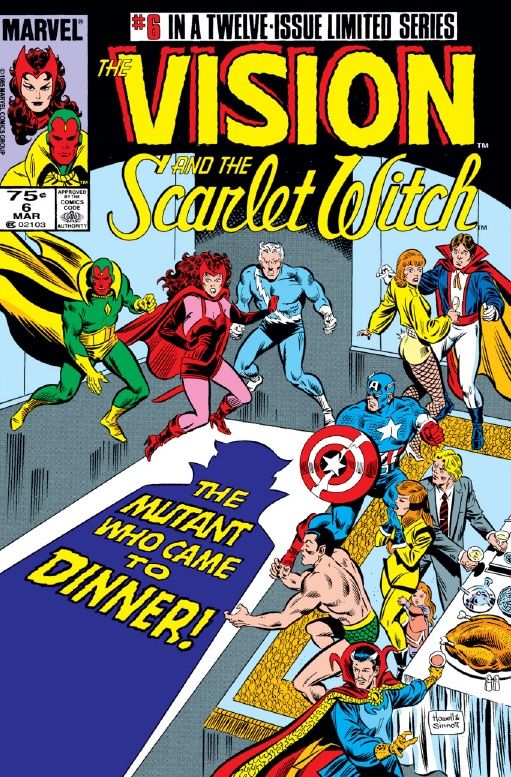 The Vision and the Scarlet Witch #6, written by Steve Englehart, art by Richard Howell, Frank Springer, and Adam Phillips, lettering by Rick Parker and Bill Oakley

Every time Magneto interacts with pretty much anyone, you know it’s going to be an emotional and weird experience during which he may attempt to murder you. This goes double for his on-again-off-again children, Quicksilver and the Scarlet Witch, who he regularly attacks and sometimes kills. Truly, there is no mistaking this guy for a good dad, but in Magneto’s defense, he didn’t even know he was their dad the first few times he tried to kill them. After all, the Maximoff family tree is pretty much just a bunch of red pen edits on a completely nonsensical list of random names.

Naturally, because Wanda is who she is, she invites several Avengers, her volatile brother, and her generally murderous father who has actively tried to kill all of the Avengers at least once over for dinner. To make the Thanksgiving meal in this issue even more bizarre, both Quicksilver and the Scarlet Witch are with their spouses that they will very soon divorce. Thankfully, Janet Van Dyne is in the room to dissipate tension by making jokes about being a divorcee, so everyone is distracted enough to forget that they’re eating turkey with an actual terrorist. After dinner, Wanda takes a moment to completely hand Magneto his ass in a debate as she loves to do, and then Magneto’s former henchman Toad shows up to attack him for not returning his texts for several years. For some reason, all that turns into a happy ending for Quicksilver and the Scarlet Witch — until the next time Magneto tries to kill them. Happy Thanksgiving!

The Spectre #6, written by Gardner Fox, art by Jerry Grandenetti and Murphy Anderson

This is one of those comics where you can read it again and again and still find something completely bonkers in the margins that you never noticed before. The Spectre is definitely the spirit of vengeance least likely to appear in a campy Thanksgiving story with a plucky blond sidekick, but that is exactly what happens here in a story titled “Pilgrims of Peril!”

Unlike a lot of Thanksgiving stories where everyone just kind of tries to forget about how terrible the Pilgrims were, this features murderous, ghostly Pilgrims as central antagonists. Apparently, a bunch of them worshipped a demon. They return to the earthly plane to collect souls for said demon. Though this comic completely defies logic on several fronts, it never glorifies Pilgrims, and by portraying them as a bunch of guys in funny hats yelling and waving muskets around while attempting to commit multiple murders, they might have given us a fairly accurate depiction of what our founding fathers were really like. 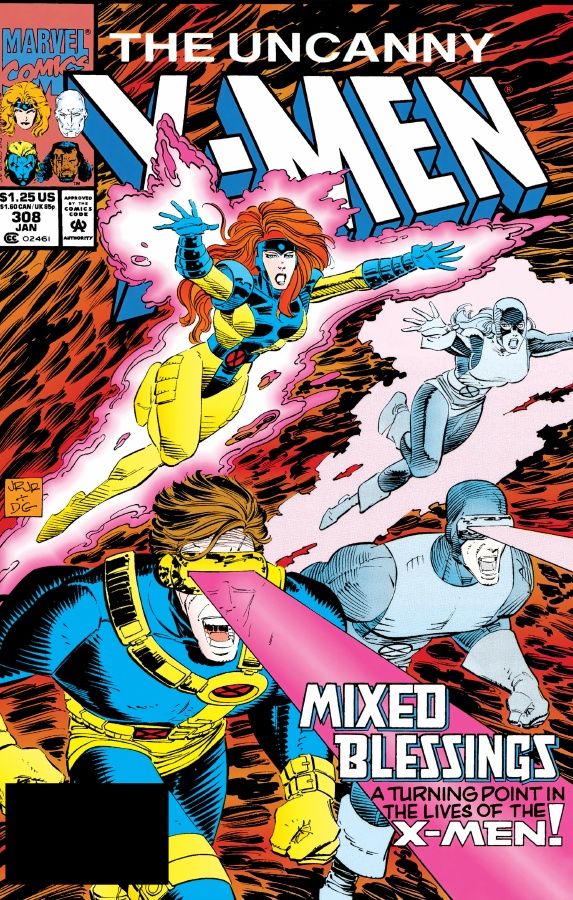 The X-Men. You just have to feel bad for them. For one, Charles Xavier as your primary mentor is not a life I would wish on anyone. Yet, the trials of their lives only draw them closer together, and this Thanksgiving-based issue offered a brief moment of respite to its emotionally exhausted characters.

This story is more a Scott and Jean story than anything, and it follows the pair as they walk arm-in-arm over the grounds of the Xavier Institute. They see the other X-Men playing football, arguing and laughing, and they start getting very sentimental. The two of them fondly reflect on their weird traumatic lives as children who were recruited into a paramilitary organization by an unyielding perfectionist. They give true thanks that no one is sucking them into the future, Magneto isn’t trying to murder them, and there are pretty much no clones on the premises. Jean actually proposes to Scott, and it is very sweet. If you’re a modern reader you know it does not go great, but listen. You’ve got to give the X-Men something, and sometimes that something is just not telling them how bad things are about to get. 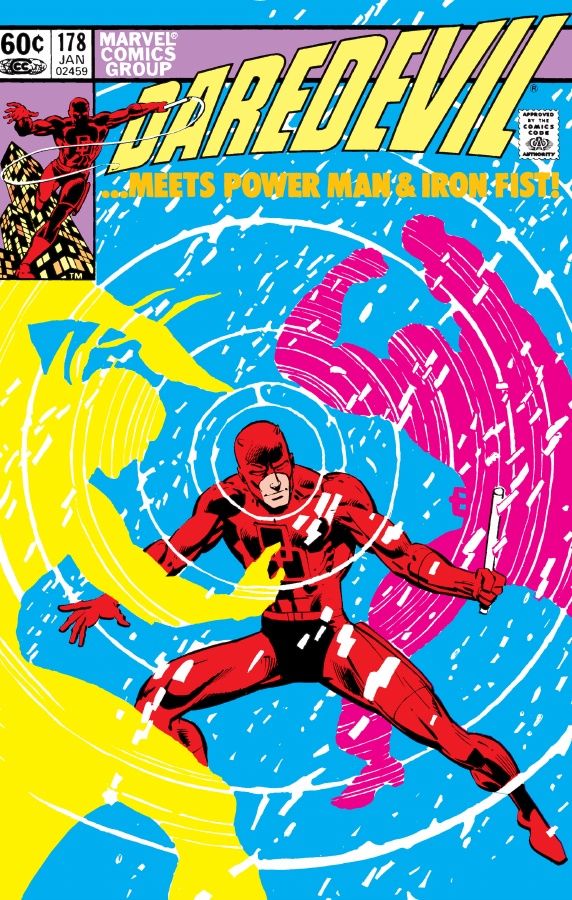 Daredevil is another person on this list who never really seems to catch a break. In this comedy of terrors, Foggy Nelson hires Iron Fist and Luke Cage out as bodyguards to protect Matt Murdock, which, in this difficult-to-quickly-explain instance, essentially puts them head to head with Daredevil. DD is attempting to track down a blackmailer who is himself being blackmailed, but the Heroes for Hire keep getting in his way and tripping him up as they try to figure out what the heck is even going on. This situation all comes to a head where else — at the Macy’s Thanksgiving Day parade. The fight that ensues is good fun, with Daredevil attempting to make it to the blackmailer in time and a confused Luke Cage and Iron Fist trying to stop him. While this is happening, giant Muppet balloons and ticker tape cause even more confusion. Though he does save the day, Matt still has to deal with the fact that the Kingpin and his ex-lover Elektra are conspiring against him. Poor Matt! No Thanksgiving for you. 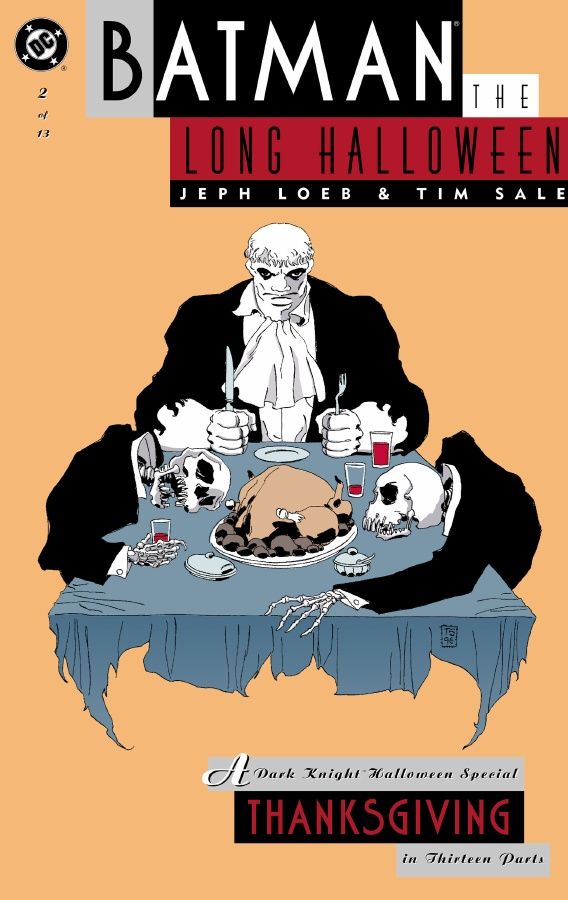 With all the emphasis on Batman as a gruff badass, we barely ever get to see the gentle side of old Brucey. In this story, Batman finds himself running through the Gotham City sewer system to track down a villain, but ends up coming face-to-face with a lonely, semi-undead Solomon Grundy. Grudgingly, Batman must fight Grundy. This story is interlaced into the rest of the Long Halloween, so without giving too much of the plot away, we see characters like Jim Gordon and a still-virtuous Harvey Dent struggling with exhaustion and overwork while trying to celebrate the holiday with their families. In the end, a remorseful Batman returns to the sewers to leave a plate of food for the unfortunate Grundy. Batman! Such a softie.

It's a fan thing
Join SYFY Insider to get access to exclusive videos and interviews, breaking news, sweepstakes, and more!
Sign Up for Free
All Posts About
Comics
Fangrrls
Thanksgiving
lists
You May Also Like
Recommended by Zergnet
Latest on SYFY WIRE