It seems like nearly every other headline these days is about another reboot, right? There's some classic show or movie with a cult following that Hollywood wants to capitalize on in the age of peak TV and higher-than-ever box office draw. But with those reboot announcements inevitably come the complaints. Why can’t Hollywood just make something original? Why must they ruin something we love?

Leaving aside the fact that a reboot doesn’t actually destroy an original, regardless of quality, there can be some real, critical argument to properties which don’t need to be rebooted in a new decade. In some cases they completed their story, in others they experienced a huge resurgence in popularity later on (I’m looking at you, Firefly and Pushing Daisies), and in others, they were just well made at exactly the right time and would be therefore out of place in 2019 (coughHeatherscough).

But there are some properties which can be argued did none of these, or at least very few. They never finished their stories or they hit at just the wrong time or on the wrong network and never got much of a shot. Often, they ended as frustratingly as possible.

However, there are some great concepts that just never struck the right chord they needed to stay on the air and which are perfectly positioned for a good Hollywood reboot.

If we're making this argument based entirely on the theme song, then Tru Calling should absolutely top the list. In fact, if we're gonna remake it, the only thing I insist we keep from the original is the extremely 2004-ness of Full Blown Rose's "Somebody Help Me" screaming out from the television.

Other than the theme song, the series, which saw failed med student turned morgue assistant Tru Davies (Eliza Dushku) discovering she has a superpower in which the dead ask her for help and then send her back 24 hours in time to stop their murders, was actually a decent idea born maybe a little too much of the early '00s emo-punk period. It didn't help that the series was on FOX, which became notorious around the same time for canceling pretty much everything.

It only lasted a little over a season but was pulled off the air right after Tru discovered that Jason Priestley was more or less the Angel of Death and introduced the larger mythos the series was building towards. The same concept in a similar though modernized style would fit perfectly among some of the shorter, more experimental series on platforms like Netflix, or even in the teen-oriented CW network, which didn't exist back when the show was on the air. 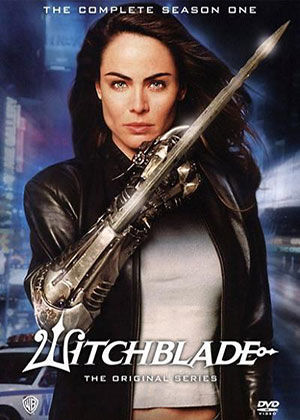 Did anyone watch this show or was it a fever dream I had back in junior high? It had two seasons, but for some reason, I feel like I'm the only person who remembers it, even if those memories are fleeting and mostly based around the function of the Witchblade itself and one traumatizing scene in which her idiot partner is buried alive and keeps his lighter on THE ENTIRE TIME.

The show was based on a popular series of comic books that is still being published today, and honestly, who doesn't want a TV series about a detective who gets a magic bracelet that turns into supernatural weaponry? No one, that's who. There was even a rumor that a new series was set to go into production, but nothing has come of it. It's been 18 years. It's time. 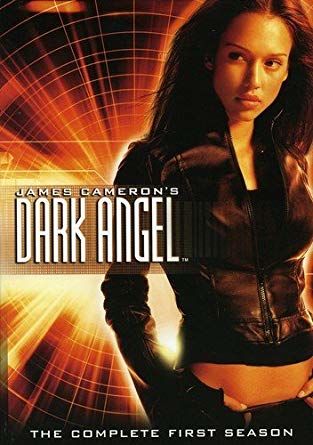 A product of one James Cameron which also introduced much of the world to one Jessica Alba, Dark Angel is probably the most popular series on this list but no less deserving. Unlike the supernatural dramas that did extremely well in the late '90s/early '00s, Dark Angel was a post-apocalyptic science fiction drama about life in — wait for it — 2019.

This fictional 2019, though, is a harrowing cityscape of government and corporate corruption where human children are raised as lab rats in an attempt to create super-soldier assassins and other than that last part and the whole apocalypse thing, that seems pretty close to real 2019. It was also a commentary on a growing reliance on technology and community over corruption, which are all themes we could use in our modern, hyper-connected world.

Every time I think about the lovely first and only season of No Ordinary Family, my heart aches a little bit because it just missed the superhero boom on television and in pop culture as a whole. Centered around your standard (white, middle class) nuclear family, the series was a comedy-drama that I would easily equate with a live-action Incredibles or what the Fantastic Four could be if anyone who made those movies gave half a crap.

The nicest thing about it was that the show focused on the family dynamic and the way that was changed and tested when superpowers — and supervillains — were thrown into the mix. The worst part about it was that it premiered in 2010, on network television, just before cable cracked the superhero code. 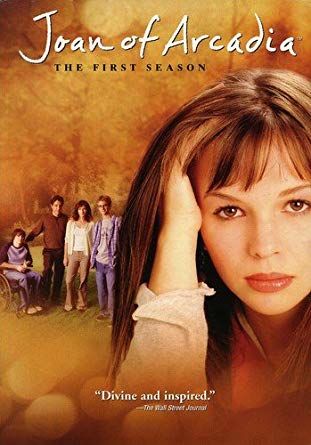 I have to confess that if I had to pick only one show on this list to bring back, it would be Joan of Arcadia, a show from 2003 in which Amber Tamblyn played a teenage girl who could talk to God. Yes, that God. And yes, even as an atheist, I loved it, which I think is central to why I've always argued that it should come back.

Shows for teens should ask big, tough questions and show teen characters dealing with those things in ways that are not always perfect and Joan of Arcadia seemed to understand that. The show put her and her family through hell (pun intended) and they did not always deal with it gracefully. Plus, for a show based at least in part on a Christian saint, it wasn't afraid to challenge ideas of God and faith, grappling with an almost secularized version. It was about morality more than religion and hope and love more than blind faith and it was GOOD and we deserve good, challenging shows that frame the experience of young people as central to their narratives. I can only imagine what issues a modernized version could or would grapple with.

Plus, the whole thing ended on a cliffhanger in which Wentworth Miller is the emissary of Satan and he essentially throws down the apocalypse gauntlet. I will never forgive CBS for denying me the ending I deserved.

All Posts About
Fangrrls
TV
Back to Cool
lists
Related Stories

Cary Elwes is still bringing the hotness, as we wish