The world has changed fundamentally (and perhaps irrevocably) since the last time I wrote one of these posts. Most of us in the U.S. are on lockdown (and if you don’t have a stay-at-home order, I hope you're doing so anyways if you aren't an essential worker). I have a young child at home, so my focus has been on taking care of him and maintaining my mental health in the small moments in-between.

Some people are losing themselves in stories right now. Others can't concentrate on the written word. If you need stories to escape, though, I hope you find some solace (and some great recommendations!) on this list. 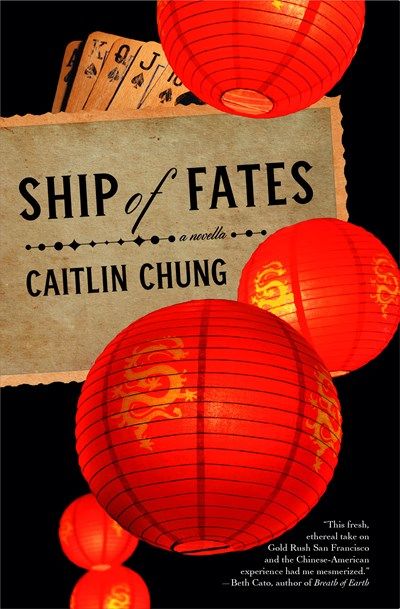 This intriguing novel is set against the backdrop of Gold Rush-era San Francisco, where Chinese immigrants have come to the U.S. to provide for themselves and their families. A mysterious ship in the harbor, one that’s adorned with paper lanterns, draws in people looking for entertainment, but it may change people’s lives in ways they can’t imagine. I don’t know much about this new book from Lanternfish, an excellent small press, but I can’t wait to dive in and see what it’s all about.

If gothic literature is your jam, then you absolutely must pick up Danielle Trussoni’s latest novel. It features Alberta 'Bert' Monte, who’s notified she’s the last living descendant of the Montebianco family and inherited a castle in the Alps of northern Italy. But Bert soon realizes that isn’t the romantic new start it seems to be, and her family has been hiding dark secrets that change everything she thought she knew about the world. 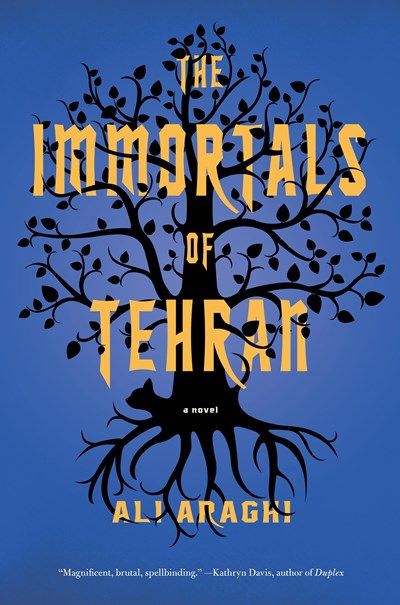 This gorgeous novel is a sweeping family saga about multiple generations of the Torkash-Vand family, set over the course of political turmoil in Iran. As a young boy, Ahmad heard about the curse upon his family from his great-great-great-great grandfather’s lips, a man who was, seemingly, immortal. As Ahmad grows into a young man and then an adult, he sees the consequences of this curse everywhere as the society he lives in begins an irrevocable path toward revolution. 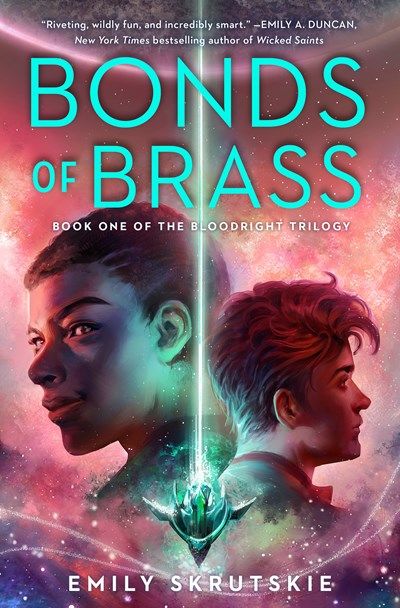 I’ve been hearing about Emily Skrutskie’s novel for MONTHS, so it’s almost hard to believe the release day is upon us. This book, the first in a trilogy, features Ettian Nassun, who’s been working to rebuild his life after the Umber Empire invaded his home and decimated everything he held dear. He’s enrolled in school now, working toward becoming a pilot, and he may even be falling for his roommate, Gal. But when it’s revealed that Gal is the heir to the Umber Empire, Ettian’s life becomes much, much more complicated. 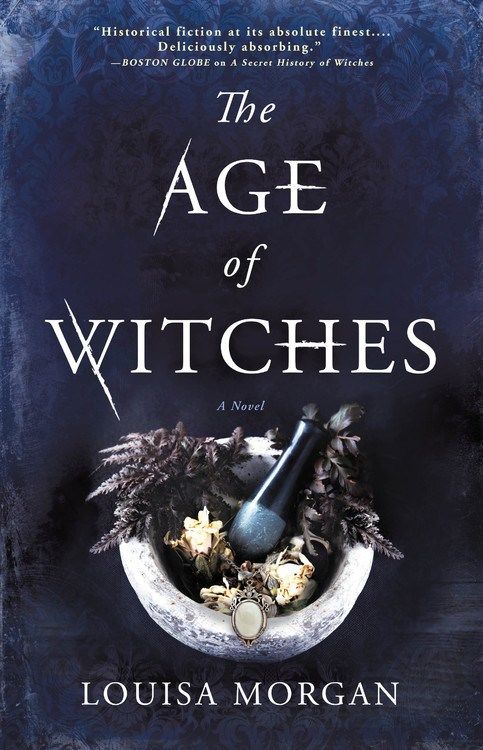 Louisa Morgan has found a niche in writing stories about witches, and now her third book on the subject is out. The Age of Witches is set in Gilded Age New York (not the only book on this list set during this fabulous time period) and tells the story of two rival witch families that have been at odds for centuries. Annis is a pawn in her family’s fight for dominance, and she must decide for herself what role she will play and who she’ll fight for in this struggle. 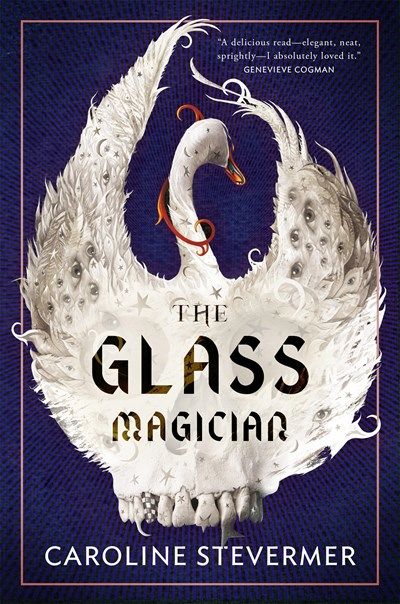 In New York’s Gilded Age, money and family name are everything. Dynasties like the Vanderbilts, the Astors, and the Morgans dominate the social scene. Thalia Cutler has no wealth or power, but she’s a talented stage magician whose tricks dazzle the rich and famous. But when Thalia discovers she has a real magical ability — the power to shapeshift — she decides to try and fit in among the highest echelons of society. But there’s a dark side to using her powers and she must confront it in order to survive.

Translated by sci-fi powerhouse Ken Liu (who edited a collection of Chinese sci-fi in translation called Broken Stars that is also out in paperback this month, so check that out), this novel is set in a future 100 years after the Martian war for independence. In the wake of increasing tensions between humanity’s home and the red planet, Mars sends a group of kids back to Earth to bring the two worlds closer together. But the kids end up isolated as they try to survive without a home on a foreign planet, caught between the place they call home and the place their ancestors are from. 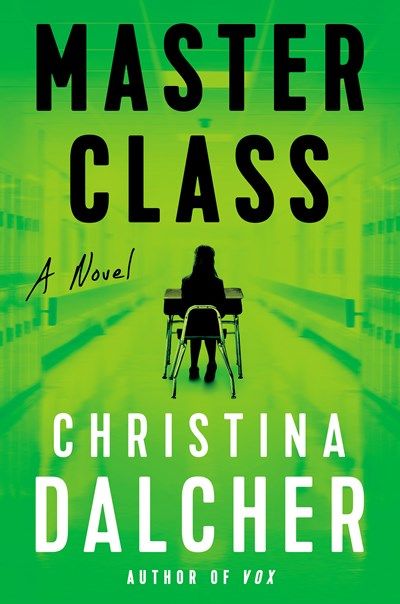 In her latest dystopian novel, Christina Dalcher tackles the premise of a society that values intelligence and people’s capacity to produce and contribute to the state above all else. Those children who don’t have a high quotient, or Q, are sent to boarding schools run by the government. Elena is a teacher who requests a transfer to one of these institutions when her daughter, Freddie, scores a low Q. But what she discovers at these schools shocks and horrifies her, and she must figure out how to upend an unfair and unjust system once and for all. 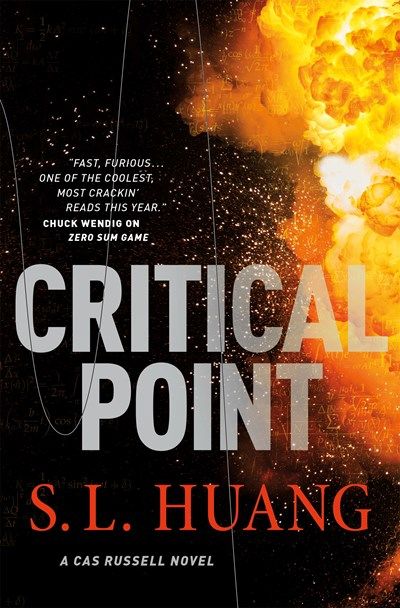 I really enjoyed S. L. Huang’s Zero Sum Game, the first in a series about Cas Russell, a mercenary whose superpower is being able to do incredibly complex math inside her head. Now the third book in the series, Critical Point, is here, following up on Null Set, which delved into the mysteries of Cas' past. This time, the shadowy organization responsible for Cas' complicated backstory may have resurfaced, and Cas must find a way to save a close friend while protecting everything she holds dear.