Get Rec'd: Six epic YA SFF books to read in July

July’s book haul promises feminist fairy tales, vampire boyfriends, and a plus-size superhero! It’s shaping up to be a hot summer, at least in terms of the epic books that are releasing this month. It’s always difficult to narrow down my TBR pile when there are so many gems, but I have a good feeling about these titles.

Come, escape the heat and the world in the pages of these books.

There hasn’t quite been a Cinderella quite like Kalynn Bayron’s debut, Cinderella is Dead. If the title and cover aren’t enough to convince you, then listen to this: In Bayron’s take, 200 years have passed since that ending. Now, the Annual Ball is a staple and teen girls far and wide are required to attend in their best finery and wait for the men of the kingdom to choose them as wives. Unlike in The Bachelor, instead of going home, these girls are never heard from again.

Sophie is a queer girl in love with her best friend and desperate to escape the archaic tradition. When she makes a run for it, she ends up in Cinderella’s mausoleum and meets Constance, the last descendant of the legendary girl in a dress. Together they are here to ruin the king and unravel secrets to a past that until now has only ever been a fairy tale.

This is the summer of feminist fairy tales in the best way. Girl, Serpent, Thorn is the kind of exquisite writing that makes you feel like you’re eating a decadent dessert with your mind. With lush, magical prose, Bashardoust’s sophomore novel takes a princess with a curse and rewrites her narrative.

Soraya is a princess, a twin, and cursed to be poison to anyone she touches. She lives secluded in a garden, like all good poison girls do. But as her twin brother’s wedding approaches, she becomes torn between a demon in the dungeon with the answer to her freedom and a boy outside of the garden who isn’t afraid of her. Will she leave the only place she thought she was safe? And who will she become — princess or monster?

The Blood of Stars series by Elizabeth Lim needs to be high on everyone’s TBR. Spin the Dawn kicked off an imperial competition for a royal tailor and ends with a series of twists and turns that I won’t spoil. Trust me. This isn’t just a fantasy Project Runway. It’s secrets and disguised identities and romance!

Unravel the Dusk returns with the lush Chinese-inspired fantasy world. After book one’s journey, Maia is changed. She’s still wearing disguises, but instead of pretending to be a boy, she assumes the place of the emperor’s bride-to-be, all in the name of peace.

Promising forbidden romance, intrigue, and a young girl risking it all for her family, it hits all my buttons.

Move over Captain Marvel, there's a new hero in town. Julie Murphy is taking flight with the origin story of Faith Hebert, a plus-sized superhero from the Valiant Entertainment comics. Murphy’s first venture in the world of superheroes blends perfectly with her clever humor and girls with big dreams.

Faith lives an ordinary life until she suddenly discovers she can fly. When her favorite TV drama, The Grove, begins filming in her town, Faith's life becomes even more unreal after The Grove's star, Dakota Ash, becomes interested in her. Superpowers and a new crush are cool, but every superhero needs a villain. As a new designer drug pops up in her school and the townspeople begin to vanish, Faith has to put her new abilities to the test and save the day. 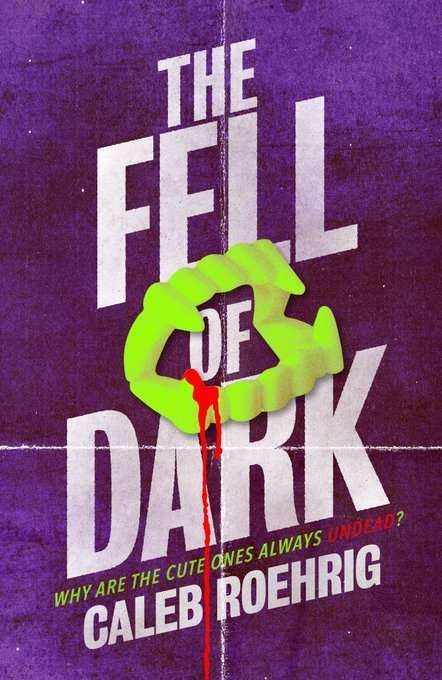 The YA vampire is one of my favorite tropes and supernatural stories. The one common denominator in so many of these novels was an immortal guy and a teenage girl drawn to the dark. For so long it has been ultra white and straight. With The Fell of Dark, Roehrig is breathing life (sorry not sorry) into the undead boyfriend.

Augustus Pfeiffer hates two things: math and living in a vampire town. Also, being the only gay guy in town with no one to kiss. Enter the enigmatic Jude who brings his hot vamp self and a cryptic message. It’s very Angel from Buffy Season 1. Auggie is suddenly the only one who can stop the forces of darkness brewing in his town. But perhaps he’s found someone to make out with, even if he’s not of the living.

Pitched as Sawkill Girls meets Beautiful Creatures, this debut should be full of gothic atmosphere and girls filled with rage. I know I love to feel haunted during the summer, so this is perfect for me.

Shady Grove is a girl who has inherited her father’s gift to call ghosts from the grave with music from his fiddle. “Gift” isn’t exactly what she’d call it, but it is a power that comes in handy when her brother is accused of murder. To clear his name, Shady Grove is going to raise the dead and hear their song. But will she like what they have to say?