Get Rec'd: Six YA SFF novels to pick up in May

We're almost halfway through the year and the only consistent thing in my life is books. This is a truly explosive year for YA SFF. Stephenie Meyer is returning with the much anticipated Midnight Sun, Edward and Bella's story told from Edward's vampiric POV.

While some of my original May reads, like The Scapegracers by Hannah Abigail Clarke and The Extraordinaries by T.J. Klune, have moved to later in the year due to the pandemic, there are still plenty of magical reads to look forward to.

Here are some highly recommended YA sci-fi and fantasy books coming out in May.

Powerhouse sci-fi duo Amie Kaufman and Jay Kristoff are back with the second book in the New York Times bestselling Aurora Cycle series. If you love the best parts of Firefly and Guardians of the Galaxy with an extra helping of teen drama, then this is the perfect way to escape. Aurora Rising introduced us to this group of reluctant heroes known as Squad 312, full of misfits and wrecking balls who've made a few enemies in their attempt to save the galaxy. This time, they're facing a huge evil that's about to be unleashed, creepy blokes with flowers for eyes, and various armies who would rather see our formidable squad dead. The galaxy is in flux, on the brink of war, and it needs a hero — or five.

OK, those are a lot of weapons on the cover. Forged in Fire and Stars promises the epic high fantasy action I've been craving. In this one, Ara's fate was to inherit the title of Loresmith, the blacksmith who served alongside the kings and queens and protected their people. But after the fall of the monarchy, that fate became murky. For so long, Ara never believed that her fate would come to pass. Naturally, that is the moment Princess Nimhea and Prince Eamonshow choose to show up on Ara's doorstep and disrupt her ordinary life. Throw in a thief as another companion, family secrets, ancient gods, and this adventure sounds like the perfect escapist fantasy. I am here for it.

The Mermaid, the Witch, and the Sea - Maggie Tokuda-Hall (available now)

I couldn't have missed this gem. Everyone who knows me understands how much I love anything to do with mermaids and adventures on the high seas. In her first novel, Maggie Tokuda-Hall combines a girl dressed up as a boy on a pirate ship, a lady en route to an arranged marriage, a mermaid, and a witch. Aboard the pirate ship Dove, Flora is a street urchin trying to find a new path. She becomes Florian and though the life of a pirate isn't an easy one, it's better than starving. When Lady Evelyn Hasegawa takes Flora under her wing, they set in motion a plan to free a mermaid being trafficked for her blood. Magic, the ocean, girls kicking ass — it's like this book was tailored for me.

Teen witches? Yes. Queer teen witches? Even more yes. Andrew Eliopulos's debut novel The Fascinators is high on my TBR list. Sam lives in a town where magic is taboo. In order to make it through graduation, he depends on his school's magic club, which includes his friends James and Delia. But when the year starts, Sam finds that things have changed as his friend group seems to be splintering. Delia seems to be outgrowing their magic club, and there's the small detail that Sam may or may not be in love with James. James, on the other hand, got involved with some sketchy magic users over the summer, deepening the faults in their friendships. Magic, the thing that brought Sam and his friends together, might be the thing that breaks them apart. Friendship, love, and magic collide. 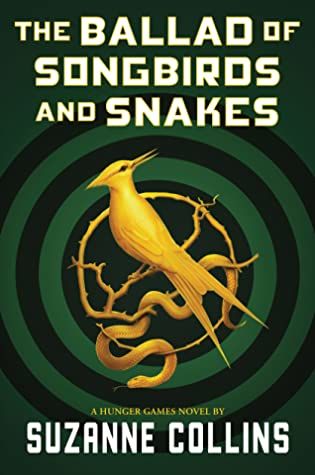 The Ballad of Songbirds and Snakes - Suzanne Collins (May 19)

The Hunger Games paved the way for an entire generation of teen dystopian dramas. It's been years and I am still not over Finnick Odair's storyline. Now, Suzanne Collins is releasing the highly anticipated prequel. While I do not see myself ever sympathizing with Coriolanus Snow ever, I am intrigued by what Panem looks like during the tenth annual Hunger Games. Future President Snow is only 18 and seeking to restore his family's name to glory; all he has to do is train and mentor the future winner of the Games. Only, the odds aren't in his favor. He's been tasked with a girl from the lowest district — District 12. What Easter eggs has Collins left for her fans? *Mockingjay deuces up*

The Archer at Dawn - Swati Teerdhala (May 26)

Swati Teerdhala kicked off the Tiger at Midnight trilogy last year. This is another YA fantasy that I've had my eye on. Now that the sequel is out, I can binge them while I wait for Book Three. In the series starter, Esha is a legendary assassin better known as the Viper. I stan a girl with a fierce code name. Kunal has been a soldier all his life. When his path crosses with the Viper, their paths merge for what promises to be an unforgettable journey. In Book Two, their allegiances have changed. But their bond is perhaps stronger than ever, working toward peace between the divided nations of Jansa and Dharka. Games, festivities, and love collide in an epic fantasy inspired by Indian history and Hindu mythology.

General Naird is back in S2 trailer for ‘Space Force’