Meet Magic: The Gathering's updated character in exclusive first look at War of the Spark

With the upcoming release of Magic: The Gathering's War of the Spark expansion pack launching in early May, Wizards of the Coast is getting ready to introduce a "new" character to the fantasy card game mythos, and we've got the exclusive first look!

His name is Jace Beleren, and while variations of the character have been around for a decade or so, the one we'll meet in War of the Spark is unlike anything fans and players have ever seen before. He "may be the most talented mind-mage in the Multiverse," according to the official release provided to SYFY WIRE.

Indeed, his powers include stuff like mind-reading, memory erasure, and illusion creation. He can also make you fall asleep on command and is a master strategist with a deadly sense of curiosity. 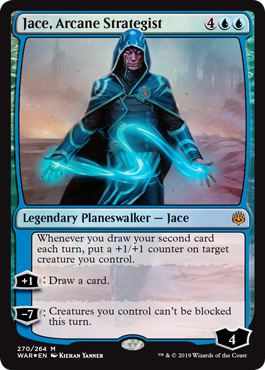 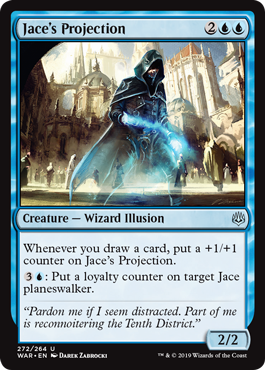 "Jace is one of our most iconic characters and often serves as 'the brains' of The Gatewatch, a group of powerful mages who have banded together to protect the innocent in our Multiverse," Nic Kelman, head of story and entertainment for Wizards, exclusively tells us. "Jace’s memories of his early life had been erased until recently, so, not knowing where he came from or who his parents were, he often went astray until he fell in with the other Gatewatch members. His memories were recently restored, but he’s still dealing with what they mean to him as a person."

Like we mentioned, Jace has been a part of Magic: The Gathering for a while now, but he'll be receiving a makeover for Spark. So, how much does he differ from what we've already seen from him over the years?

"I think the better question is how he’s different from himself!" adds Kelman. "We’ve seen a lot of versions of Jace in the last decade, and each set has marked a shift in Jace’s character. As his memories have now been restored, and after the events of War of the Spark, it’s going to be a great time for Jace fans as he explores his past and decides what role he wants to take in a changed Multiverse." 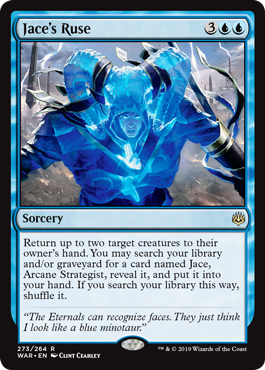 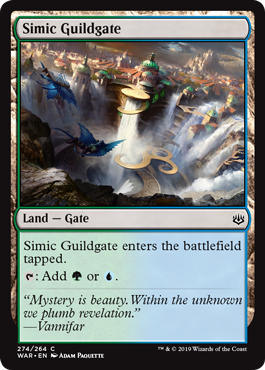 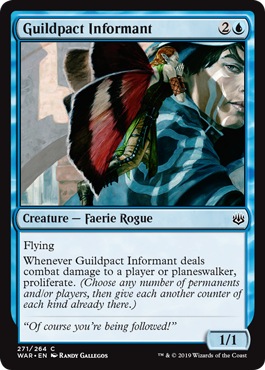 Even if you're not familiar with Jace, Kelman believes that Spark's interpretation of the powerful mind-mage is an ideal way with which to immerse yourself in the Magic Multiverse. And if you're already a big admirer of Jace's, it's just an added cherry on top.

"This is a great entry point for new fans since they’ll get to see and hear some of Jace’s history as he reflects on his newfound knowledge of his past and where he wants to go in the future," he says. "But it’s also going to be thrilling for old fans of Jace to see him really come into his own as a leader and as a human being."

The War of the Spark expansion pack goes on sale on May 3. That being said, you'll be able to play it on MTG Arena on April 25, with the pre-release window dropping from April 27-28. You can pre-order the card set and the tie-in novel right here and here. If you get the novel, you'll get even more Jace action as you read the written pages contained within.

"Jace is one of the two cornerstones of the Gatewatch (the other being Gideon Jura) and it’s Jace who comes up with the multi-pronged plan of how to deal with Bolas and his army. Jace is the guiding strategic force behind the Ravnican resistance while Gideon is the leader out in the field," says Kelman.

All Posts About
Games
News
Exclusives
Jace
Magic: The Gathering
War of the Spark
gaming
wizards of the coast
Related Stories