Can you feel it in the air? We're back once more with our FANGRRLS Romance recommendations, where your unashamed readers of the romance genre on Team FANGRRLS list some of the books we're looking forward to this month, as well as the slightly older, occasionally non-genre titles that we're finally reading.

We've got nine sci-fi and fantasy romance recs on our radar that are being released throughout the month of August, but this is by no means exhaustive. Let us know what you're planning on reading in the comments below.

Oh, and ICYMI, we're always on the lookout for authors with SFF romance titles to spotlight, so if you're a writer with a book coming out, let us know! You can also chat us up anytime on Twitter, either individually or via SYFY FANGRRLS using the hashtag #FangrrlsRomance. And don't forget to check out last month's releases in case you're looking to add some slightly older books to your ginormous TBR pile. Happy reading! 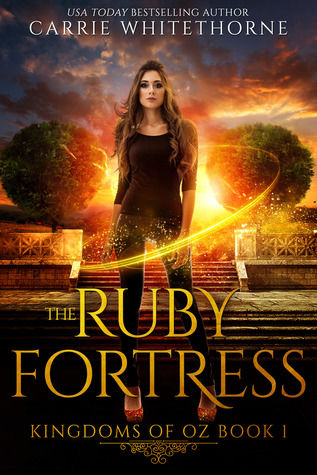 We never say no to a good classic lit retelling, especially when that story comes paired with a strong romantic storyline! Such is the case in the first book of Whitethorne's Kingdoms of Oz series which (you guessed it) follows the journey of one of Dorothy's descendants, Ellana Rose, as she discovers that her great-grandma's stories about the fantastical world of Oz are definitely more truth than fiction. But when Ellana involuntarily winds up in the land from Great-Grandma Dot's tales, she realizes that Oz isn't the happy fairytale realm she was told about. Instead, it's a world at war, and thanks to her heritage, Ellana is caught right smack dab in the middle of it. With two intriguing allies and a pair of magical shoes at her disposal, will she be able to survive her adventure? 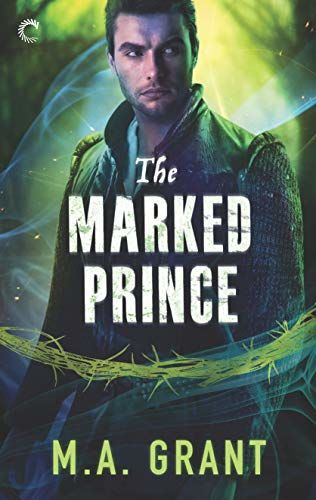 Grant's Darkest Court series continues with this second installment of epic fantasy romance promising political intrigue and smoldering attraction. Estranged Seelie royal Sebastian has returned to find that the Summer Court is nothing like he remembers it, unstable and dangerous. His only hope of survival lies with Duine, a magickless Unseelie servant who will do just about anything to ensure his own freedom. As the two navigate their surroundings together, it's clear that Duine is much more than he seems to be on the surface, and their burgeoning attraction may be at risk when a powerful enemy emerges from the shadows and threatens the end of both faerie Courts. 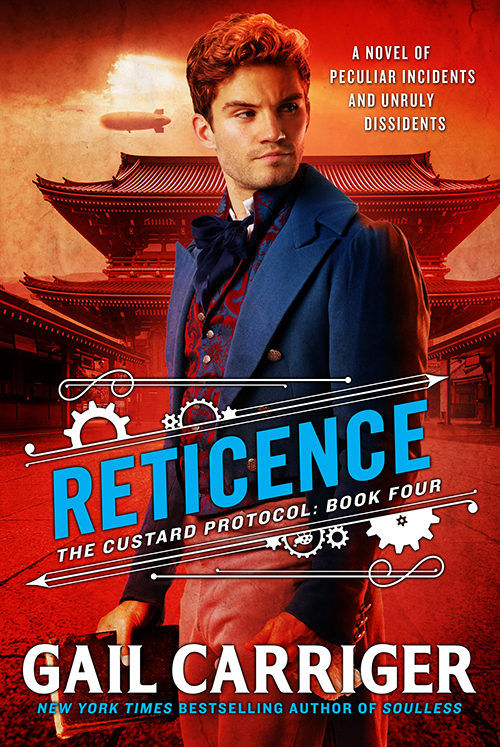 Carriger kicks off the next book in her Custard Protocol series with another rollicking adventure featuring a bookish, reluctant hero. Percival Tunstell secretly loves that his sister Prim (the heroine from the previous book, Competence) and her best friend have accumulated a family of their own aboard their airship — but he'd never admit his secret longing to be a part of it. He's always been on the outside looking in, but his next series of adventures (which, according to the summary, includes "accidental spies, a trip to Japan, and one smart and beautiful doctor") may just leave him reevaluating everything he thought he knew about himself. 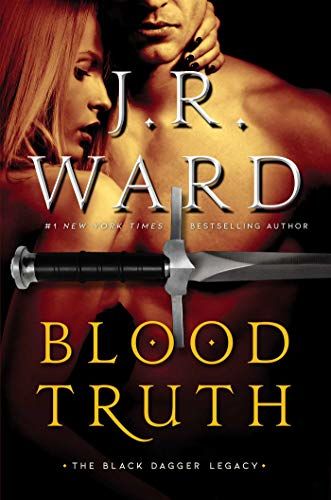 Ward's long-running hit paranormal Black Dagger Brotherhood books continue with this spinoff series featuring a new generation of characters and love interests to root for. BDB trainee Boone has risen through the ranks to become one of its best soldiers, fighting alongside the Brothers. But when his sire unexpectedly dies, Boone is pulled from the field, only to find himself assisting local police in investigating a potential serial killer operating at a live-action role play club. Ever since her sister's death, Helaine has been driven to find the killer — and when she and Boone cross paths, the two must navigate their mutual attraction by working together to stop a madman before it's too late. 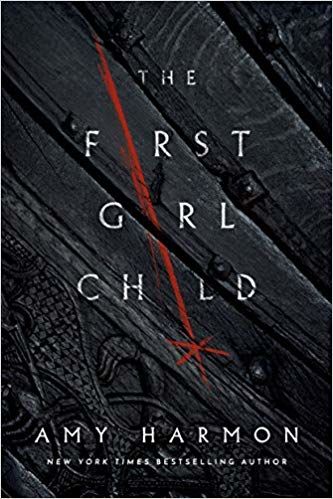 Bastard son Bayr of Saylok is continually haunted by his mother's dying curse: that there will be no daughters born in the country from that day on. But he knows he has a purpose to fulfill, and that's to protect Alba, the first girl child born in almost 20 years and possibly Saylok's salvation. Now, the fate of their country and possible victory over their enemies rests in their hands, and as their relationship grows stronger every day, they risk threatening a king who sits on a throne of lies and murder — who will stop at nothing to protect his reign, whatever the cost. 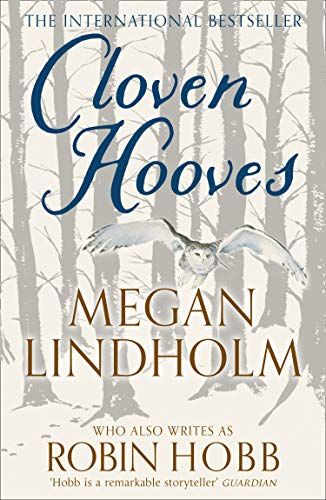 This is an oldie-but-goodie by Lindholm, who you're probably more familiar with for her books written under her Robin Hobb pseudonym, but it's been out of print/tough to find for several years and is now being re-released, so make sure you snatch up a copy! As a child, Evelyn preferred to wander alone in the woods rather than socialize — with the exception of a secret companion, a faun named Pan. Years later, Evelyn is a wife and mother in a dissatisfied marriage, and the tragedy that befalls her family makes her life even more unbearable. But when Pan surprisingly comes to her rescue, Evelyn might find fulfillment where she least expects it. 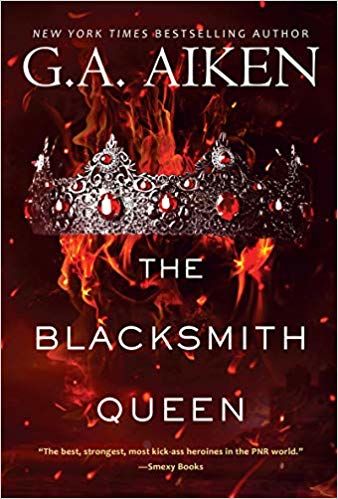 When the Old King dies, a prophecy emerges: that a queen will ascend to the throne of the Black Hills. That's not terrific news for the king's sons, all of whom are intent on protecting their birthright — and for blacksmith Keeley Smythe, she's even less keen on the idea once she learns the intended queen will be her younger sister, Beatrix. Now, Keeley's forced to fight a group of raging royals to protect her family, but she won't have to do it alone. Enter a clan of kilt-wearing mountain warriors, among them the rough, gruff Caid, to give Keeley all the help (and more) she might need to fight her enemies.

Andrews is a long-beloved favorite of ours here at FANGRRLS, and their Hidden Legacy series has been the recipient of some well-earned praise, but the advance excitement for Sapphire Flames has us even more eager to check this out! Catalina Baylor is a Prime, the highest ranking of magic users, but she's always been afraid to use her unique abilities. When her friend's mother and sister are murdered, Catalina's forced to test her own limits in investigating the mystery, one that brings her face-to-face with Alessandro Sagredo, the Italian Prime and a man she once harbored a fierce crush on in her teenage years. His true motives are unclear, and Catalina's drawn to him and he to her — but will her attempts to solve these deaths cost her her heart? 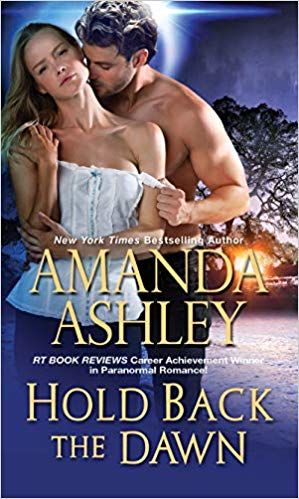 Darkly handsome Roan Cabrera has earned himself a reputation as a scoundrel in London, but that's only the half of it. The centuries-old man has held an undying thirst for blood, but none of the women who share his bed have been able to satisfy his deepest longing. When he rescues Kathryn Winterbourne from a carriage accident, the truth about what he really is begins to unravel between them. Will she close her heart against him, or give in to the power of his emerging love?

Scotland has been struck with a heatwave, which is horrifying and deeply unhealthy for cold-hearted shut-ins like myself, but perfect weather for a lazy day of reading. I cracked open Year One by Nora Roberts, a fantasy-dystopian romance — the first in a planned trilogy — that follows the first year of the remnants of civilization after a plague wipes out billions of lives and leaves behind a world of magic. The Plus One by Sophia Money-Coutts was an ideal chick-lit read for the sweaty weekdays, telling the story of a journalist who works for a Tatler-esque magazine (the same publication the author used to write for) and her tryst with a bad boy lord. This month, I'm super excited for No Big Deal, the debut YA novel by Bethany Rutter, which promises to be a vibrant body-positive story from one of my favorite influencers. 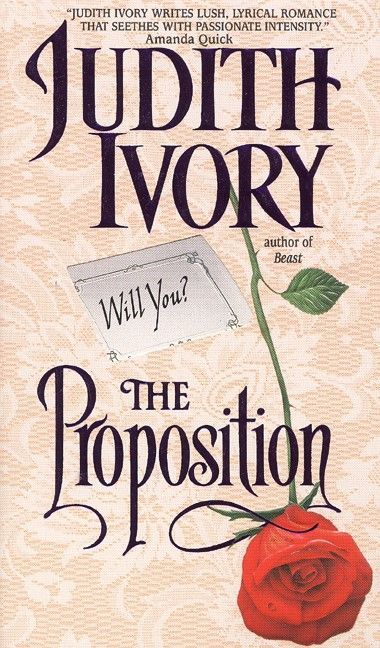 My romance reading habits have been all over the place lately, but that's part of why I love this genre so much — one day you're reading about sexy aliens on a planet with an aphrodisiac-induced atmosphere, the next you're checking out a novel about dragon shifters. This month promises to be much of the same; I'm picking up Judith Ivory's The Proposition, which is a genderswapped version of Pygmalion in which the heroine is tasked with improving the hero's image for a change. I've also got Jen DeLuca's Well Met on my up-next list, which follows a romance that happens in the midst of a summer Renaissance Faire, as well as Marie Tremayne's Lady in Waiting, about a relationship between a young heiress in disguise as a maid and the earl to whom she finds herself employed.