Nine SFF novels that should be on your list in August

The year 2019 is more than half over — can you believe it? With the arrival of August, summer is almost over. The warmer months might not be synonymous with vacation anymore now that we're adults, but they often signal a more relaxed pace of work when we all head to the beach or the pool or do what we can to cope with the hotter temperatures. While August will still hold plenty of warm weather (and let's face it, September and into October probably will as well), August means that it's time to start thinking about fall.

But just because we're in the dog days of summer doesn't mean that book releases have slowed. This month, I've got nine awesome new releases for you, including a couple of books in translation. There are post-apocalyptic books and fantastic fantasy novels, light and dark, and books about space travel.

If you're looking for an eclectic, diverse list of new releases, we've got you covered. 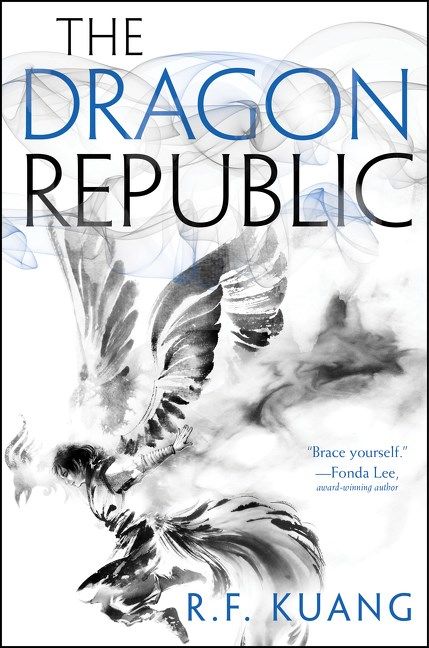 I didn’t read The Poppy War, the first book in R. F. Kuang’s Poppy War series, until a few months ago, but it’s stuck with me in the way few books do. It’s the story of Rin, a young, poor orphan who manages to score highly on an Empire-wide test, which gives her the opportunity to study at the best of imperial academies, Sinegard. But Rin finds that she’s an outcast from day one, and it’s going to be heard to make a name for herself in a new place. This book was amazing and disturbing, and it ended with such a bang (I should mention it's a hard book to read at times, so if you are looking for a lighter read, this isn't it). I can’t wait to pick up the sequel, The Dragon Republic, which is out this month.

In this fantasy world, the only magic left is in the land of Tananen. Only women are allowed to speak with the deity known as the Deathless Goddess, while men write her words into spells. She exacts a terrible price, but her followers gladly pay it. Until now. One mage decides that enough is enough; his people have suffered under her rule, and now it’s time to end her. What he doesn’t realize is that the Goddess is protecting them from something far, far worse.

After astronomers discover an Earth-like planet that’s within traveling distance, it takes a century for humans to launch a mission to visit it. Four members are veteran astronauts, while six are teenagers who have been working towards this goal for the bulk of their lives. They know they will spend the next twenty-three years en route. But what they don’t realize is that it’s the journey that holds the danger, not their final destination.

The Gurkha and the Lord of Tuesday - Saad Z. Hossain (August 13)

I absolutely love Tor.com’s novella program, so you can bet I’m excited about The Gurkha and the Lord of Tuesday. This 176-page story is an unlikely team-up novel, where the king of djinns finds he has nothing to do after he is released from imprisonment. There’s no trouble to stir up; everyone seems happy. That is, except one Gurkha soldier who becomes the perfect partner for the djinn king.

This novel was originally written in Japanese, but it’s been brilliantly translated into English by Stephen Snyder. It’s set on an island in which objects begin to mysteriously and randomly disappear. For most people, they don’t notice — as items are lost, they forget them altogether. But for those who can remember, they live in fear of the Memory Police, a government organization that wants to make sure the things that have been forgotten stay that way forever.

This fantasy novel features Bayr, a boy who has extraordinary strength and lives in a world where there are no girl children. Except one: Alba, the child he’s destined to protect. But as the first female child born in twenty years, Alba is in constant danger from the king, who threatens his rule. But together she and Bayr might just be able to change the fate of the entire kingdom... if they aren’t killed in the process.

Automatic Eve (translated by Matt Treyvaud) centers on an automaton named Eve who lives in the city of Tempu, which is known for its technological marvels. There’s just one problem: The city is caught between two very powerful masters, a shogunate that rules over the land and the successors to the throne that are only women. But when the puzzle behind how Eve came to be begins to threaten the imperial succession, Eve finds herself in the crosshairs of a mystery that could shake the foundations of the world she lives in.

Orpen knows about the skrake, the menace that’s taken over and turns people into zombies. Despite that, though, her childhood on an island off the coast of Ireland is pretty idyllic. But as she grows, the stories become darker and Orpen knows she must learn to protect herself. When her mother’s partner, Maeve, is bitten, it’s only a matter of time before the skrake takes her. But Orpen refuses to end her mother’s life, even though it might be a kindness, and goes in search of a cure, hoping to find a way to help her other.

With the opening of Star Wars: Galaxy’s Edge, and the immersive experience in the world of Batuu, you can bet Star Wars is going all out. And part of that is releasing books setting the stage for what this area, called Black Spire Outpost is, and what the planet is all about. Delilah Dawson’s tie-in novel introduces Vi Moradi, one of General Organa’s top spies for the Resistance, who has to seek out help from the scum and villainy of Black Spire when she’s on the run from the First Order.