Those of us who read romance here at SYFY FANGRRLS have made no secret of our love for it — and honestly, there's a lot to love about a genre that emphasizes the importance of enthusiastic consent, acknowledges that emotions are valid and real, and, as always, the eternal promise of that happily-ever-after (or happy-for-now) ending.

Sci-fi and fantasy romance are just two of the subgenres that make up this wide-ranging (and immensely popular) category of fiction, but the reason we spotlighted them in the first place (almost two years ago!) was that they're as worthy of acclaim and attention as their non-romantic cousins. They've got all the worldbuilding you crave while taking time to address the politics of exactly how one might pursue a romance in a post-apocalyptic setting — and they never fail to leave us hopeful about the guaranteed comfort of an optimistic conclusion.

There have been so many romance books and series that have moved us as readers over the last decade, and we can't wait for what the next 10 years have in store for the genre. Here are SYFY FANGRRLS' favorite SFF romance novels from the 2010s.

The Off the Grid series by Alyssa Cole

For many of us, these books were our introduction to Cole as an author, and her ability to weave the most delightful romances against a seemingly hopeless backdrop is almost unparalleled. When something known as the Flare mysteriously flips a switch stopping technology from working and plunging the world into chaos, the people who converge on a cabin near the Canadian border have to depend on each other for survival. But, of course, romance proves that love can be found in the most unlikely places, and Cole's trilogy spins believable tales of optimism and HEAs in the apocalypse.

If you were motivated to check out this series solely based on its description as "swashbuckling steampunk romance," you're not alone. We always love a universe that pairs technological advances with old-school sensibilities, and Brook's Iron Seas series has all that and then some, from airships to pirates to kraken to zombies! It's a world steeped in its own reality, even while it offers a fantastical setting for readers to get lost in. 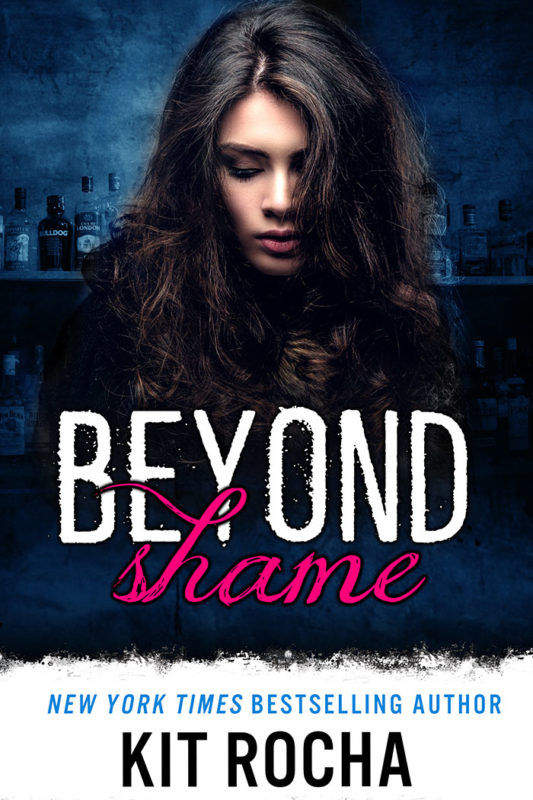 The Beyond series by Kit Rocha 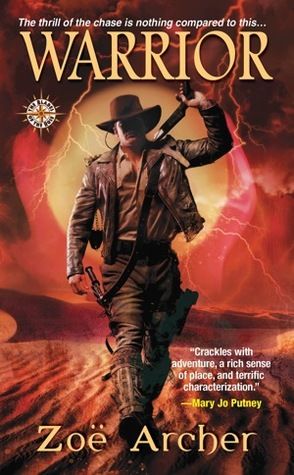 The Blades of the Rose series by Zoe Archer

Fans of 1999's The Mummy who want the romance aspect kicked up a notch will find plenty to love about this quartet. They're the sort of books filled with the same immense worldbuilding you loved when you were younger and reading fantasy for the first time — but these are definitely more adult. There are rough and rugged heroes, badass heroines, sweeping descriptions of place and setting, and a delightful mixture of adventure and romance that will keep you turning the page until the very end.

Set in the magical world of Mystral, Wilson's first two books in this series contain the kind of sweeping fantasy we want to get lost in — and these books are jam-packed full of it. The narrative follows the Coruscate sisters, weathermages who are powerful in their own right, as well as the romances that later see them entangled with equally powerful men. With powerful forces looming in the distance, they'll have to combine their strengths in order to defeat their enemies, all while fighting to resist the real power at stake: true love. 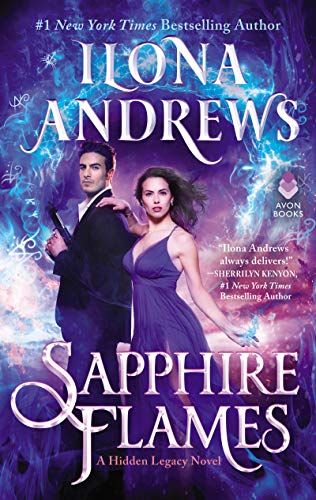 Ilona Andrews (the pseudonym for a husband-and-wife writing duo) first captured our love and attention with their fantastic Kate Daniels urban fantasy series, but their Hidden Legacy books are poised to do for us what Game of Thrones, sadly, could not. Full of Andrews' trademark wit and humor, with copious amounts of adventure, hotness, and suspense, you're going to fall in love with these characters just as much — if not more — than you did Kate and Curran.

One of the things we love most about sci-fi romance is how it can take a seemingly strange story concept and turn it on its head. Such is the case of Ruby Dixon's sexy barbarian alien series, which offers elements of fated mates, gentle beta heroes, romance between vastly dissimilar pairings, and lots of fun humor sprinkled throughout. We won't apologize if you immediately become addicted after book one. 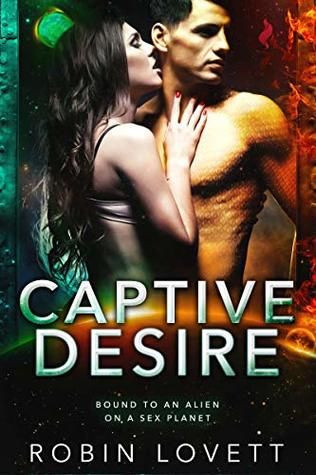 The Planet of Desire series by Robin Lovett

If you're in any way familiar with some of fanfiction's most classic tropes, "sex pollen" is a device that has been drawn upon countless times in order to induce our favorite characters to get their freak on. But what if it was an entire planet that happened to be pumping an aphrodisiac through the air/water/basically everything? That's the basic conceit behind Lovett's Planet of Desire books, which follows some of the most unanticipated pairings (including sworn enemies!) as they try to navigate this sweltering atmosphere while resisting those pesky feelings of love that might also be waking up deep down. We can't say enough good things about these steamy sci-fi tales where survival often hinges on a do-it-or-die scenario.

Milhalik kicked off her planned space opera trilogy this year with Polaris Rising as well as its follow-up, Aurora Blazing (the third book in the series, Chaos Reigning, is scheduled for a 2020 release). In the distant future, the universe is ruled by the Royal Consortium, consisting of noble High Houses, but one of them, the von Hasenbergs, hosts a set of wildly different yet equally notorious daughters. Polaris Rising follows the burgeoning romance between Ada von Hasenberg and notorious outlaw Marcus Loch, while Aurora Blazing is all about her widowed sister Bianca finding a second chance at romance with head of House security Ian Bishop. Want perfect sci-fi romance that brings some of our all-time favorite couples to mind (Hanleia, anyone)? Look no further.

Harrison's Elder Races books offer an alternate world where faeries and demons and vampires and dragon shifters are familiar entities and have their own territories coexisting with humankind. There are lots of intense, broody heroes and strong-willed heroines, but it's also a paranormal romance/urban fantasy series that isn't afraid to poke fun at itself a little with plenty of humor. If you want an equal percentage of worldbuilding and love story, you can't go wrong with a series that is well-hyped for all the right reasons.

The Psy-Changeling series by Nalini Singh

Singh is, without a doubt, one of the reigning names in paranormal romance — and for many, a gateway into the subgenre with both her Psy-Changeling series and her Guild Hunter novels. Technically, she's been writing about the world of the ice-cold, emotionally distant Psy and the more passionate Changeling shifters for more than a decade, but if the epicness of the most recently released Wolf Rain (pictured right) is any indication, she's got so much more ahead for readers to look forward to, and we can't wait for whatever comes next in this universe. 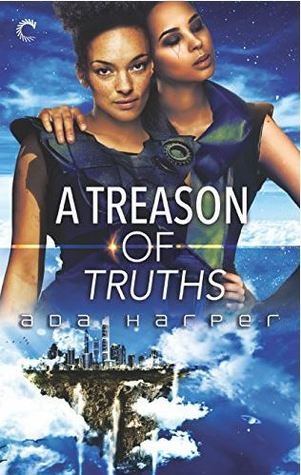 The Whisper series by Ada Harper

Post-apocalyptic worlds are kind of par for the course in SF romance, but it takes an author with a unique vision to captivate us from the very first page, and Ada Harper's Whisper series (beginning with A Conspiracy of Whispers) signaled an exciting debut for us last year before following it up with the equally fun sequel A Treason of Truths. Both books are smart, complex and entertaining, with love stories you can really believe in, and honestly, we're just clamoring for the possibility of another installment, whenever that may be. 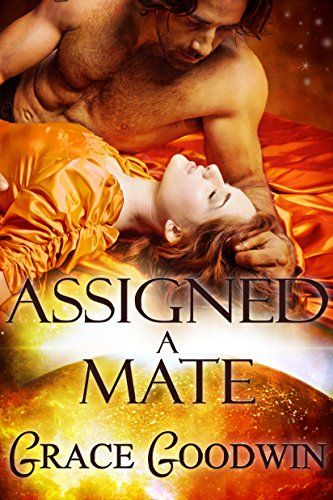 What if you could let a program pick your perfect mate? In the realm of today's dating apps, it's not such a farfetched concept, but it's given the sci-fi romance treatment with Goodwin's ongoing series. Come for the erotica, stay for the worldbuilding and intriguing plot that simmers in the background. You could read just one, but why would you want to when the full series exists at 19 books and counting? 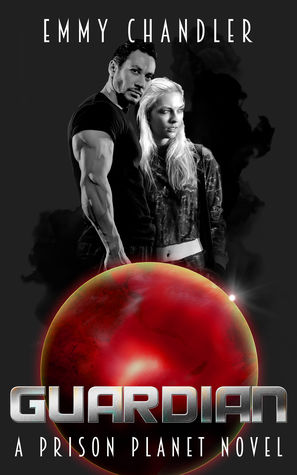 Dark, dystopian, sexy and suspenseful are all words we'd use to describe Chandler's series, where men and women are sent to the titular prison planet in order to serve time for the various crimes they've committed. There's a tenuous truce held between the sexes and it boils down to each woman picking a "guardian," someone they can forge a bond with for 30 days before selecting another. Of course, feelings soon enter the mix and complicate everything. Chandler strikes a satisfying balance of grittiness and humanity, and it makes the various pairings in this series all the more satisfying to watch unfold on the page.

The Chronicles of the One series by Nora Roberts

If you've been reading romance at all, chances are you've encountered a Nora Roberts title at least once in your wanderings, but it's her latest trilogy that gave us an unexpectedly delightful dystopian world perfect for both fans of fantasy and romance. Now that all three books are released, there's no better time to treat yourself by reading all of them; we guarantee a powerful and beautiful story like only La Nora can deliver. 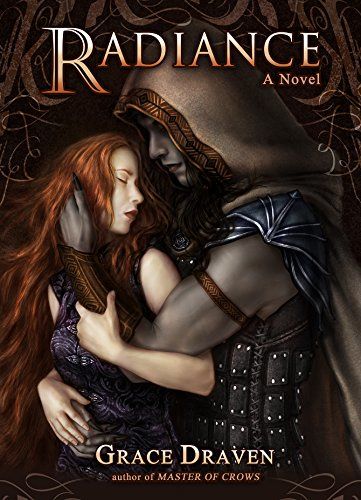 True fantasy romances make us swoon, not just because of the settings they take place in but because of the journey we get to go on with the characters as they fall in love. Radiance, the first book in the Wraith Kings series, offers a marriage of convenience story between a member of the royal family and the spare heir to a throne — and how the two of them navigate their relationship when they're two completely opposite races. It's all set against the backdrop of a looming war, and it's a world you won't want to leave when you've finished with it. 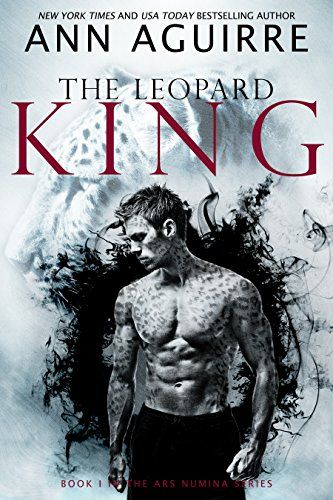 As an author, Aguirre has been responsible for some of our favorite characters (Sirantha Jax, anyone?), but her self-published shifter series earned a spot on our decade list because it incorporates everything we can't get enough of from this subgenre in SFF romance: mating bonds, political intrigue and danger, epic fighting scenes, and a tense, engrossing story. It starts off strong and then gets even better, and best of all: there are a projected six books planned!

The In Death series by JD Robb

It might be cheating a little to include Nora Roberts on here twice (yes, JD Robb is her other writing pseudonym), but it can't be understated what an impact she's had with her long-running In Death books. Yes, they are technically sci-fi, given that they take place in a futuristic version of New York City, and the main romance between the tough-as-nails Lt. Eve Dallas and her hunky husband Roarke is rock-steady even through all their ups and downs. Plus there's plenty of twisty, turny mystery to try and solve before the very last page!

All Posts About
Fangrrls
Get Rec'd
Who Won The Year (and Decade)?
fangrrls romance
lists
Related Stories