Some of us are still in that deep winter freeze, but it's officially 2020 now, and we're excited to kick off a new year with more of our FANGRRLS Romance recommendations, where your unapologetic romance fans on Team FANGRRLS (that's us) list some of the books we're looking forward to this month, as well as the slightly older, occasionally non-genre titles that we're finally reading.

We've got 10 sci-fi and fantasy romance recs on our radar that are being released throughout the month of January, plus our own evergreen recs (some of which might not necessarily be SF or F, shhh), but this is certainly not an exhaustive list by any means. Let us know what you're planning on reading in the comments below.

Oh, and if you're new to our rec round-ups, we're always on the lookout for authors with SFF romance titles to spotlight, so if you're a writer with a book coming out, let us know! You can also chat us up anytime on Twitter, either individually or via SYFY FANGRRLS using the hashtag #FangrrlsRomance. (And don't forget to check out last month's releases in case you're looking to add some slightly older titles to your towering TBR pile!)

If urban fantasy is your jam, you'll want to check out the first installment in a new series from Kingsley. It follows a mysterious, kickass — but secretly vulnerable — protagonist named Veil who fights demons and the cults dedicated to serving them. After returning to Boston, a city that holds a lot of personal memories for her, Veil soon learns that there's a disturbing new trend of mutilated bodies turning up left and right, and in order to look into the cause, she's going to have to ask for help from an organization that doesn't have a very high opinion of her to begin with. 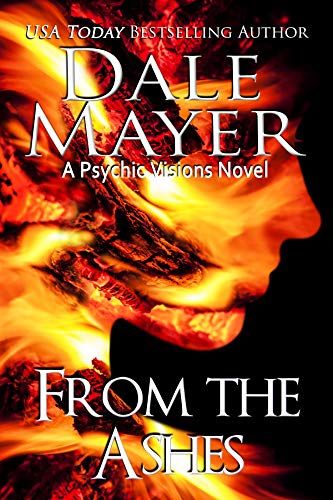 Born and raised in a cult by a fanatical father who believed in her special destiny, Phoenix endured a difficult childhood. Even after being rescued from her circumstances, she's still holding on to a piece of her past: a special note written on a material she is unable to destroy. In an attempt to rid herself of it forever, she travels to her father's hometown in Iceland, where a fissure of lava has opened, in the hopes of burning it there. She doesn't plan on dealing with Detective Rowan Einar, who has his own reasons for hating the season when the fissure opens — not to mention his visions that start to merge with her own. 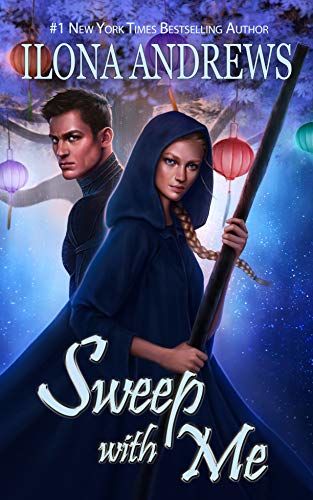 Sweep with Me - Ilona Andrews (January 14)

The next novella in Andrews' fun Innkeeper series was technically released early on their website in serial form as a gift to fans for, well, basically surviving 2019, but it'll also be published online in full later this month.

Dina DeMille doesn't run your average bed and breakfast in a small Texas town. Her inn is literally a living entity that defies the laws of physics and thinks for itself. And this time around, it's the holidays, so you know there are going to be guests showing up who are literally like nothing she's ever dealt with before! 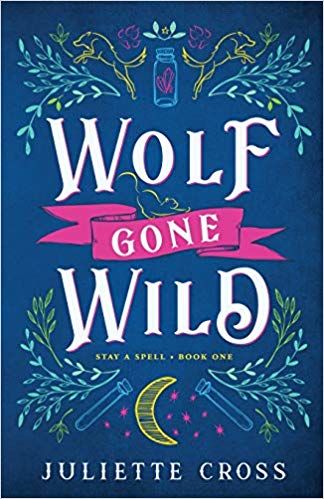 There are a lot of bad things that can happen to a werewolf, but being unable to shift for three months ranks pretty high on that list — and Mateo Cruz is desperate for a cure, seeking a powerful witch to help free his inner wolf before he literally goes insane. Evie Savoie has always followed the rules of her coven, chief among them not to help werewolves. But when Mateo shows up at her bar one night, his desperation convinces her to help him. Little does she know that his wolf has set its sights on something else it wants: her.

Witches and time travel launch this romance off to a memorable start. Hazel Abbot has grown up unaware of her true heritage, but when a spell brings her great-aunt Sarah Hutchinson forward in time from the Salem witch trials, everything Hazel thought she knew about her life changes in an instant. On top of all that, supernatural hunter Raven Dare has arrived on the scene to inform Hazel and Sarah that they've all been tasked by Queen Witch Morgan le Fay (yes, that one) to correct the balance between good and evil by taking down the threat that's followed Sarah into the present day. But fulfilling their mission, returning Sarah to her own time and place, and resisting their own attraction for each other might be a tough situation for Hazel and Raven to deal with. 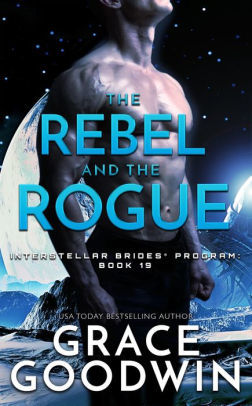 The Rebel and the Rogue - Grace Goodwin (January 14)

A sexy one-night-stand turns into a mission from hell in Goodwin's latest book from her Interstellar Brides series. Zenos is on a mission to find an antidote to the deadly venom in his system, but he doesn't anticipate that he'll run into a gorgeously defiant bounty hunter. Meanwhile, Ivy Birkeland's on her own mission to avenge her dead friends and has tapped a mysterious contact from Rogue 5 to help her. When she discovers that the rogue she's just hooked up with is her contact — and that they'll have to work together — the sparks that fly between them might be as deadly as the criminals on their tail. 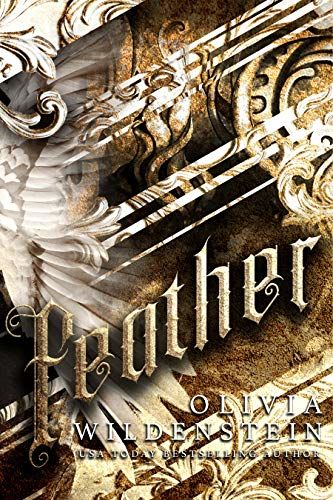 With only a month left to earn her missing feathers, Leigh embarks on a mission to meet her newest assignment: Jarod Adler, leader of the Parisian Mafia and the absolute worst kind of sinner. But if she can get him to accomplish a single act of kindness, she'll be able to earn what she needs to ascend to Elysium. What she doesn't plan for, of course, is Jarod's dark charm — or the effect he has on her heart, the same effect that might cost her everything she thought she wanted. 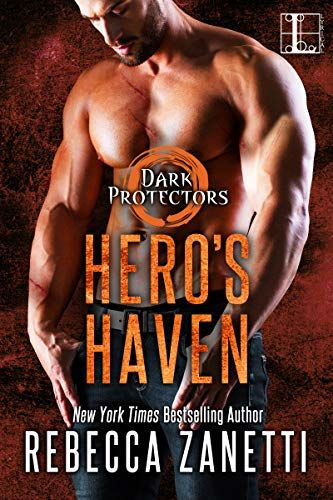 After years of the same dream, Haven Daly has finally accepted that she might be crazy. Why else would she be able to see the same man every night, to talk to him and maybe even feel his touch? But these are no dreams, as we soon learn. Quade Kayrs has suffered a lifetime in isolation, and he knows he would have been lost if it hadn't been for the woman in his vision with kind eyes who led him away from hell. Now, he's in a strange world, but he knows he needs to find Haven and protect her from the evil that hunts them both, whatever the cost.

Long ago, Dragan Fiachna was cursed by a sorcerer and imprisoned in stone, but now he's been freed — and just in time to take down his enemy who plots the death of millions of people in his quest to rule the world. Maeve Collins is shocked when a man breaks free from a statue, but she's also willing to dedicate herself to Dragan's plan. Along the way, the two discover they've stolen the one artifact that can defeat their enemy — and typical of evil guys, he'll stop at nothing to get it back.

Veritas spent most of her life as a vampire Law Guardian, but she's about to break every rule by secretly hunting down the dark souls that were freed in order to save Ian, the master vampire she loves. Ian may not remember much, but he's not about to let Veritas leave him behind or risk her life for his sake. There might be plenty of otherworldly enemies prepared to stand against them, but Ian intends to remind Veritas of the passion that exists between them — and the truth that she's the only one who's left a full imprint on his mind.

A new year means new books! Not that I need an excuse to buy or read any more of them but you get what I'm saying. My big pop culture resolution for 2020 is to revisit Anne Rice's The Vampire Chronicles from start to finish. They're not technically romance novels but they are wholly steeped in the sensual. I’m currently on book 4, The Tale of the Body Thief. So much brooding! I'm also excited to read Such a Fun Age by Kiley Read, which has come with a whole heap of buzz. 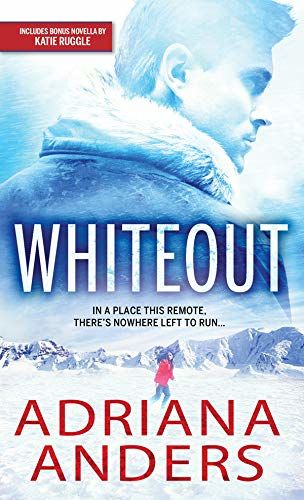 Looking over my list of reads from last year, I realized that I'd managed to pick up books by only female authors — not intentionally, but it was a nice surprise! This year, I'm aiming to do the same, but I also want to make an attempt to purposefully diversify my romance picks and check out some new-to-me authors that I haven't read before. Adriana Anders' Whiteout was initially pitched to me as a romance in the vein of The X-Files episode "Ice," only without the earworm alien, and I can safely say that it lives up to the comparison. If you want thrilling romantic suspense and hot, hot tension, pick this one up when it drops on January 28. I'm also finally reading Shades of Milk and Honey by Mary Robinette Kowal, which was pitched to me as "Jane Austen/Georgette Heyer plus magic" and prompted me to drop money on the entire series. I'm already ready to dive back into that world when I have some spare reading time!