After a full year without formal plans — and many fan-favorite series having had to produce truncated seasons and long-awaited movie premieres now pushed back — there's going to be a lot more to look forward to when fall rolls around. Adding to the list is The CW's newly unveiled primetime line-up which sees the network lay out its air times and days, giving viewers plenty of time to figure out their viewing schedules.

In terms of returning shows, The Flash and Riverdale will both start their respective seasons (Eight and Six), with special five-episode events. Also coming back in the fall are All American (Season 4), DC's Legends of Tomorrow (Season 7), Batwoman (Season 3), Walker (Season 2), Legacies (Season 4), and Nancy Drew (Season 3).

A few freshmen series will also join the list as they premiere their first seasons, along with a few specials — the most interesting easily being an animated Legends of Tomorrow special where fuzzy fan favorite Beebo saves Christmas.

The Legend of the Hidden Temple revival: The former-Nickelodeon classic get a more grown-up spin as adult contestants will be dropped into a real "jungle" to take on tougher versions of the show's challenges as it largely sticks to its now-iconic format. (Don't worry! Olmec is also back, as are the Purple Parrots, Blue Barracudas, Orange Iguanas, Red Jaguars, Silver Snakes and Green Monkeys.) 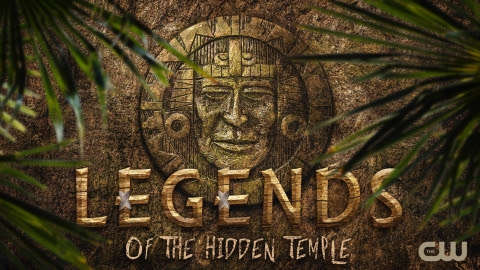 4400: Another reboot! This one sees the 4,400 people who have disappeared from various points in history suddenly reappear at the same time in the present, now in possession of a few special gifts. Not only do they have to grapple with a new time period and the loss of their former lives and the ensuing strain it might put on the friends and families they might have left behind, but they also need to find their purposes. Or at least why they disappeared and what might have caused it. 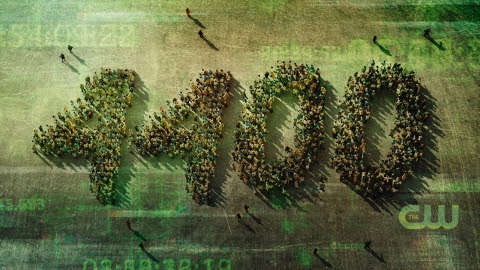 Beebo Saves Christmas: Everyone's favorite fuzzy god returns to save Christmas itself in this hour-long animated special! When an elf named Sprinkles decides that the holiday would be run better without Santa Clause, its up to Beebo and his friends to travel to the North Pole and save the day, while also discovering the meaning of Christmas. The cast includes Ben Diskin (Beebo), Kimiko Glenn (Tweebo), Yvette Nicole Brown (Turbo), Keith Ferguson (Fleabo), Chris Kattan (Sprinkles), and Ernie Hudson (Santa), and Victor Garber (the narrator).

Killer Camp: Previously a U.K. important, this reality competition series — which is technically on its second season — will see a mix of American and British contestants have to figure out who among them is the "killer" in order to win the $50,000 prize. The catch? Each night the killer will "dispatch" one of them, in increasingly creative ways.

The Scooby-Doo Reunion Special: After 52 years of mystery-machine driving and mystery-solving, Fred, Daphne, Velma, Shaggy, and Scooby-Doo reunite at Warner Bros. Studios to look back on their favorite cases and how they were filmed. But the Scooby gang are going to need all their Scooby snacks at hand, because it turns out the backlot might have a monster of its own, and of course, they're the ones who'll have to investigate over the course of this hour-long special.Of course, these aren't all the shows the network will be airing. Shows that will be making their midseason premiers include, Charmed (Season 4), DC's Stargirl (Season 3), Dynasty (Season 5), In the Dark (Season 4), Kung Fu (Season 2), Roswell, New Mexico (Season 4), Superman & Lois (Season 2), and debut shows All American: Homecoming, and Naomi.

You can find the full schedule below:

All The CW series will be available to stream on The CW app and cwtv.com for free after broadcoast.

The Flash is back, and he's brought a ton of Arrowverse heroes with him in first S8 trailer

Legends of Tomorrow co-showrunner on Dominic Purcell’s exit: ‘The show moves on and grows’

Naughty Dog says a future new Uncharted game isn’t out of the question.

Fear is contagious and we pass it to our friends