We're back, back again with the newest edition of our FANGRRLS Romance recommendations, where your self-professed readers of the romance genre on Team FANGRRLS list some of the books we're looking forward to this month, as well as the slightly older, occasionally non-genre titles that we're finally reading.

We've got 10 sci-fi and fantasy romance recs on our radar that are being released throughout the month of July, but this is by no means exhaustive. Let us know what you're planning on reading in the comments below.

Our continued friendly disclaimer: We're always on the lookout for authors with SFF romance titles to spotlight, so if you're a writer with a book coming out, let us know! You can also chat us up anytime on Twitter, either individually or via SYFY FANGRRLS using the hashtag #FangrrlsRomance. And don't forget to check out last month's releases in case you're looking to add some slightly older books to your ginormous TBR pile. Happy reading! 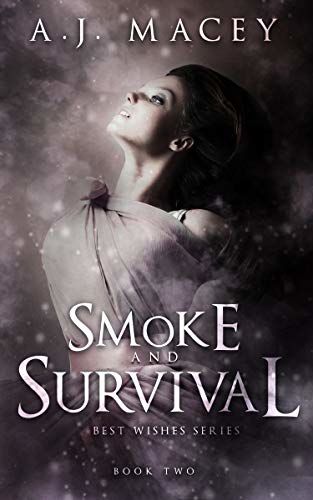 We recommended the first book in Macey's Best Wishes series back in March, and the intrepid heroine returns in the follow-up, Smoke and Survival. Life at Redwood Supernatural University is what you'd expect at a college for magic users: mean girls, drama, and lots of studying. Good news, though — the "Bitch Crew" of tormentors has started to give our heroine some space, so maybe she can actually start to focus on honing her powers and figuring out what's going on between her and those six guys who want to keep her safe from her past. But nothing's bound to go as smoothly as planned when the nightmares that haunt her decide to show up in her reality, too. This time, though, she's got protectors to watch her back. 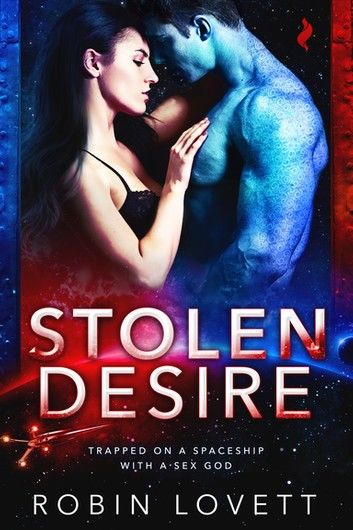 We've raved before about Lovett's Planet of Desire series here and here, and if you like your sci-fi romances extra steamy, you really can't go wrong with the books that are literally set on a sex planet, where even the very atmosphere is basically designed to increase your libido at every turn. Enter Koviye and Jenie, who might be better-suited to each other than anyone else — even though monogamy is sort of a foreign concept for the alien who's literally known as the Sex God. But Janie's got a secret of her own: she's not entirely human either, and those dreams she's been having about Koviye? They're not just dreams, insert eyebrow waggle here. 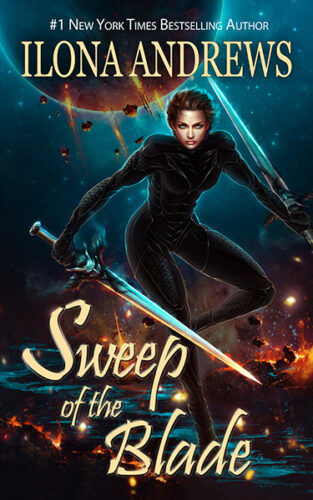 Andrews' Innkeeper Chronicles series continues with Sweep of the Blade! As the daughter of Innkeepers — those who offer "lodging" to visitors from other planets — Maud knows that a normal life isn't possible for her. She's got a bad history with vampires to boot, but a little world-saving brings her face-to-face with Arland, the Marshal of one of the most powerful vampire houses around. When he proposes to her, she turns him down — but he's not used to taking "no" for an answer, and in the mess that follows, she accepts an invite to his home planet. She knows his people won't be her biggest fan, but Maud's not about to run from a frosty reception — and Arland and his House will soon realize she's more than they ever anticipated. 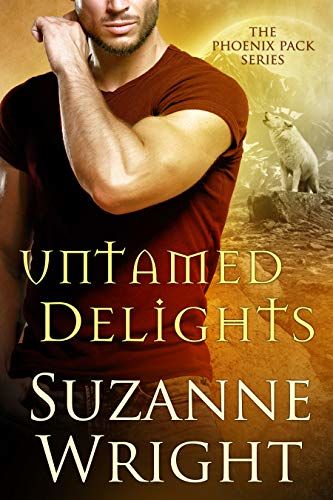 Shifter romance? Heck, yes. Shifter romance with an arranged marriage component? How soon can we get our hands on this book?! Cat shifter Mila is reeling from a recent romantic loss — what's a girl to do when her mate imprints on someone else? — so she doesn't protest the suggestion of an arranged mating with pack enforcer Dominic, who's got his own reputation as something of a ladies' man. But as soon as Dominic meets Mila, he realizes he may have just found the woman he'd be willing to shed his playboy image for. Will they be able to let down their guards enough to find true romance with each other, or will the secrets of their past get in the way? 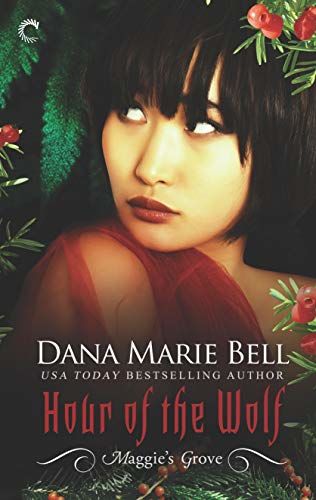 Bell's fifth book in her Maggie's Grove series offers a fascinating dynamic that we've definitely never heard of before in romance — what happens when a shifter and a dryad find love? Noah might be one of the most powerful weres, but he's forced to wait patiently for his fated mate Iva to recover within her tree, and obviously, we know shifters are the most vigilant when it comes to bedside attention. Now that she's back, they're both anxious to make up for lost time — and to explore all the upsides of their mating bond. But a supernatural threat is looming, and hunters are planning an attack on Maggie's Grove. Together, they'll have to band together to take down their enemies, but will the fight tear them apart for good? 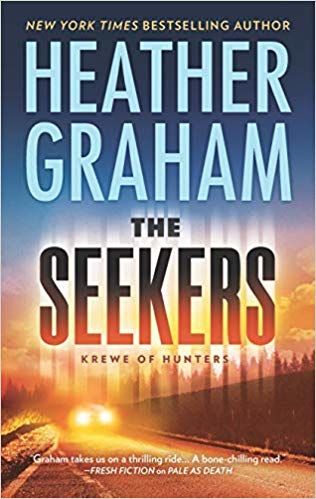 We love romances with a spooky component, and Graham's latest in her Krewe of Hunters series promises exactly that. Nonfiction author Keri Wolf is tagging along with the crew of The Seekers, an in-universe TV series that searches for paranormal happenings. Their latest target? An old inn that's rumored to be the site of a ton of hauntings. But their investigation is cut short when a very real dead body is unearthed in the basement. Enter former detective Joe Dunhill, who now works with the FBI's Krewe of Hunters to investigate deaths of a mysterious origin. As the two delve deeper into the town's dark secrets, they grow closer — but will the killer's true identity be unmasked, or will the path they're on be too dangerous to follow?

The setting: 1920s New York. The subgenre: paranormal romance. Arthur Kenzie's lifelong gig has consisted of intercepting magical relics before they can wreak havoc on an unsuspecting world. When an amulet with the ability to control the tides gets shipped to Manhattan, he reaches out to the one person he knows is strong enough to stop it — only they're well past retired. Rory Brodigan's a psychometric, but he's sworn off his abilities, becoming a recluse to prove less of a danger to himself and to others. Naturally, his ever-increasing attraction to Arthur draws him out of hiding, and as the two work together, they're going to have to decide whether they want to risk everything for each other when the dangers become too powerful to ignore. 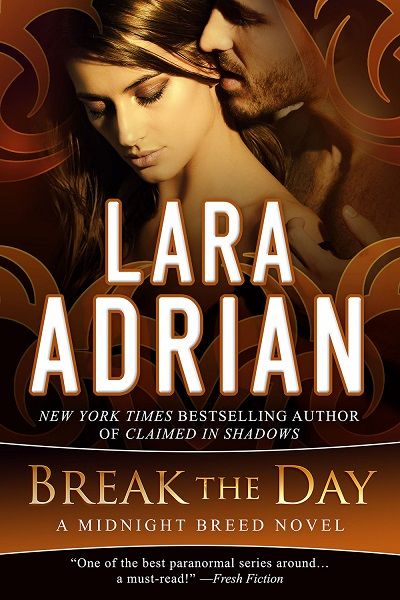 Two double agents find love in the latest installment of Adrian's Midnight Breed books. Breed warrior Rafe wants revenge against the terrible brotherhood known as Opus Nostrum, but in order to do that, he's going to need to take them down on their own turf, infiltrating the group from within. Of course, he never counted on falling for one of their members, someone he should hate. But Devony has a secret of her own — she's a daywalker, living in disguise as a human and embedded with the gang on her own mission. Will the two be able to fight their feelings for each other, or will their love dismantle their goals before they can see them to completion?

Cassie Palmer has been a chief seer in the supernatural world for barely four months, but she's done a lot in that time — battled gods, fallen in love with two men, and tried to handle the two halves of herself, both god and human. So that means that naturally, she's got two enemies to fight now, each working toward the same purpose: to destroy her community and leave it vulnerable to outside attack. In order to protect their world, the various factions are going to have to come together to fight their common enemy — and Cassie will have to work to keep them from tearing each other apart. 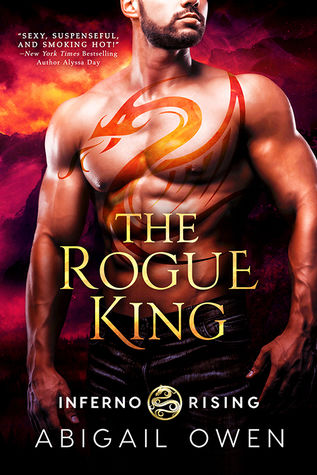 As a phoenix, Kasia is a prize eagerly sought after, but she's definitely learned to hide who she is over the years. She's managed to avoid capture for a long time, but now, a sexy dragon shifter has set his sights on her and he's not stopping until he delivers her to his king. Rogue dragon Brand has been shunned by his own kind his entire life, but offering Kasia up to the Blood King could bring him back into the fold. But when Brand realizes his feelings for Kasia run deeper than he could have predicted, he decides to change his game plan and make her his instead.

I'm still on a total crime kick right now (and by that, I mean I'm nine books deep into Louise Penny's Inspector Gamache series and I cannot stop until I finish the entire collection, please send help), but fortunately, I shall be able to wean myself off this current obsession with the joys of romantic suspense! Marie Force's Fatal series involves sexy goings in DC that won't politically depress you. One of the great queens of romance, Beverly Jenkins, has the first in a new series called Rebel, centered on a Northern woman in the American South following the Civil War and the Captain she finds herself drawn to. You can always expect top-notch historical romance from Jenkins! But of course, we would be remiss if we did not mention the recent passing of the iconic Judith Krantz. Her high drama stories of the rich, chic, and super catty society elites in titles like Scruples earned her millions of fans and her books ignited many a young woman's adolescence. Want to try out Krantz at her most soapy fun? Scruples is for you! 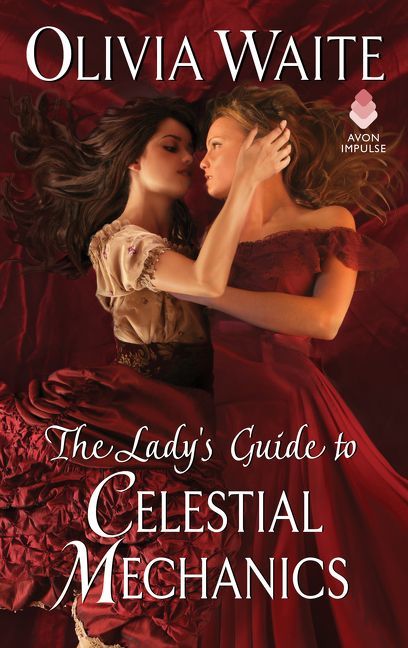 Midway through last month, I realized I had fallen woefully behind on all of the reading I had planned for 2019. Not to be outdone by my own towering to-read pile (both digital and print), I put out the call to Romancelandia on Twitter and the recs I got back were, as predicted, completely delightful, but I'm going to shout out a few of the non-genre romances I particularly loved cracking open in June. Fix Her Up, by Tessa Bailey, is a charming (and steamy!) contemporary romance between a heroine who dresses up as a clown for children's birthday parties and the best friend of her older brother she's always secretly harbored a crush on, whose recent injury has sidelined his pro baseball career and forced him to return to their tiny hometown. Obviously, sparks fly, and I've spoken about this before, but wowza, Bailey knows how to write a dirty-talking love interest. On the historical front, I'm about to dive into Olivia Waite's The Lady's Guide to Celestial Mechanics, because we could all use a bit of unashamedly happy queerness in our love stories right now, and if this Twitter thread doesn't make you want to pick up Mistress Spy by Pamela Mingle I don't know what will. You've even got a sequel to check out once you finish it!