If you loved Birds of Prey, read these comics

Birds of Prey is finally in theaters and if you're among the thousands who have already seen and loved it, you might be wondering where you can get more right now. You could check out the many places the characters have appeared in the world of DCTV, but the best way to get to know them is to dive into the pages of the comics.

Yes, there are a lot of comics, but if you're looking to experience more of your favorite parts of the film we can narrow it way down for you. The best place to start is with SYFY FANGRRLS' pre-movie pull list, which hit on tons of elements in the film, including a bloodthirsty Huntress out for revenge, a fed-up Renee Montoya dealing with life as a member of the Gotham City Police Department, Harley's messy breakup with The Joker, and a rock-n-roll Black Canary trying to start her life over again.

If that's not enough, then this list is here to fill in the gaps and satisfy all your post-movie cravings.

Get ready for some deep cuts.

Harley Quinn: Hot in the City

READ IF: You loved the look and feel of the whole movie and want to see more of Harley being a badass on roller skates.

The first outing of Harley Quinn following her messy, yet liberating, break-up from the Joker, this series sends the anti-hero out on her own and gives her a spot on a roller derby team in the process. The movie pulled so much of its tone and visuals from this ongoing series and it is essential reading if you want to continue to live in that bright, flashy world for a little while longer.

READ IF: You want to meet an early version of Black Canary who's a hot mess and just looking to get by.

The Dinah Lance you meet in the film is a mess of a person. She’s running from her mother’s legacy, avoiding responsibility, and allowing other people to dictate what she does with her life. It’s not far off from the person she was when she first met Oracle and the two of them initially formed the team that would become the Birds of Prey. In these early adventures of the two heroes, you get to meet that version of the Black Canary and follow along with some of the adventures and villains that help turn her into the put-together, responsible, emotional center of the team. 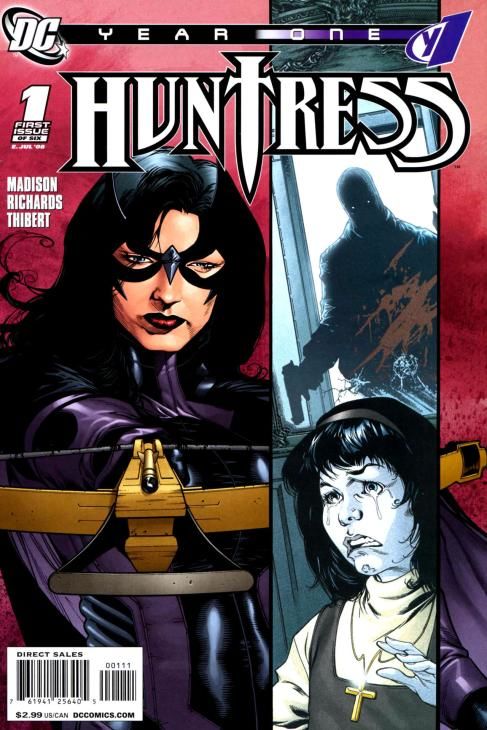 READ IF: You want to know more about how Helena Bertinelli went from the daughter of one of the most notorious crime families in Gotham to a fierce fighter with a major chip on her shoulder.

Helena Bertinelli's backstory is simple and heartbreaking and succinctly told through the film's version of the character. This is that story expanded. Through these pages, you go along with Huntress as her childhood is ripped away and her desire for revenge festers. The series follows her training and her initial attempts at seeking that revenge for her family, as well as the moment she realizes she must turn away from their legacy of crime.

READ IF: You want to peel back the layers on the Huntress onion.

One of the best parts of the movie was the way Mary Elizabeth Winstead instilled in her version of Huntress not only a sense of humanity but a sort of dorky awkwardness masked by her thin shield of anger and violence. While the Huntress of the comics is never quite that adorable, the two versions do share a common origin and a stolen childhood that has turned them into adults who have trouble dealing with complex emotions.

In Hero Hunters, Helena gets a chance to face down three villains also out for revenge and learns a few things about herself along the way. Plus, the story has her going undercover as the one thing she wants to be most in the world: a high school history teacher. No matter what she's doing, all Huntress wants to do is protect kids the way she never was. 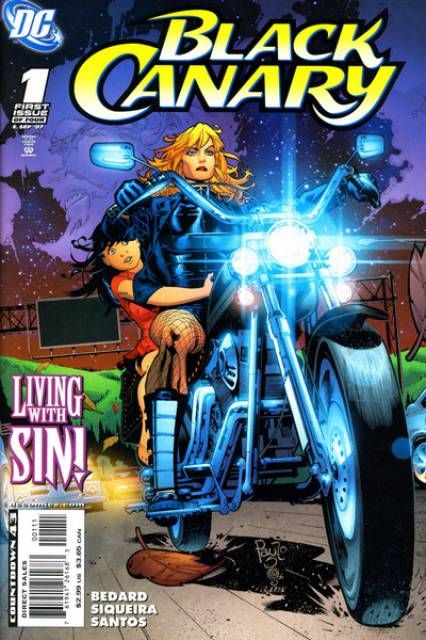 READ IF: You want another story of a team of kick-ass women sort of accidentally on purpose adopting a violent child.

Speaking of kids, while the movie version was nothing like the Cassandra Cain from the comics, the choice to include a foul-mouthed kid with a penchant for petty crime is not an unfamiliar way to tell a Birds of Prey story. Throughout their time as a team, these heroes helped several young women find their way and did what they could to guide the next generation before they could become villains or get themselves killed.

One of the best examples of this kind of storytelling is here in the introduction of Sin, a young girl destined to become the next Lady Shiva, a terrifying assassin. Not willing to let a child be turned into a weapon, Dinah steals her away from the cult that's training her and brings her back to live with her and the Birds. Eventually, Dinah leaves the team to take care of Sin full-time and finds out it's much harder than she could have imagined.

The many looks of Harley Quinn

Where to shop Harley Quinn's Birds of Prey closet

18 hours ago
See All Posts
Editor's Picks
Get Tickets