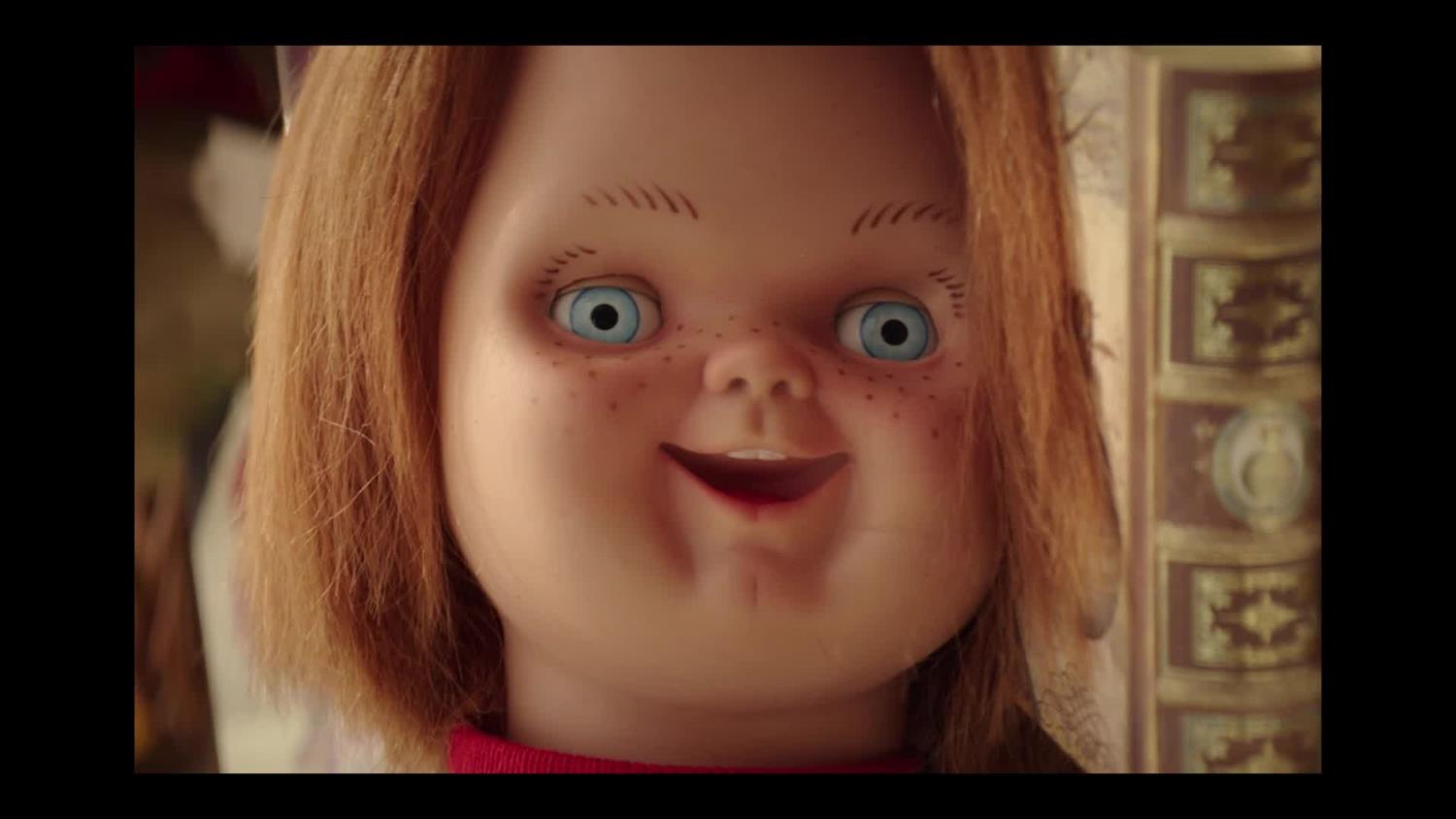 Everyone has a Halloween they remember… and Halloween 2021 will be remembered as the year Chucky made it to the small screen in his self-titled series on SYFY and USA. During the Chucky panel at San Diego Comic-Con@Home today, we got a first trailer for the series, premiering on Oct. 12. In it, we’re introduced to Jake (Zackary Arthur), a 14-year-old kid who has the (mis)fortune of coming across a familiar-looking Good Guy doll at a local yard sale.

Soon enough, Chucky (voiced again by Brad Dourif) does what he does best: a little murder and mischief. Everyone must grapple with a series of horrifying deaths that begin to expose the town's deep hypocrisies and hidden secrets. Meanwhile, friends and foes from Chucky's past — including fan-favorite actress Jennifer Tilly — creep back into his world and threaten to expose the truth behind his mysterious origins as a seemingly ordinary child who somehow became this notorious monster.

Chucky is produced by UCP and executive produced by creator Don Mancini, David Kirschner, Nick Antosca, and Alex Hedlund. Harley Peyton will also serve as executive producer. Mancini, who penned the film franchise and wrote the television adaptation, will direct the first episode and serves as showrunner.

Watch the above trailer to learn more about Chucky before it premieres on SYFY and USA on Oct. 12.