You jerks ready for Chucky’s small-screen premiere? On Oct. 12, Chucky — starring the eponymous horror icon voiced by Brad Dourif — premieres on SYFY and USA. This afternoon, fans of Don Mancini’s Child’s Play franchise got a first-look trailer at San Diego Comic-Con@Home as well as an extended featurette, which you can see in full above. In this 10-plus-minute video, the creators and cast of Chucky talk plot, returning characters, and what kinds of scares horror fans can look forward to in the series.

They were also unafraid to reveal the details behind Chucky’s "retro" look. The Chucky in the series is modeled off the character’s look in 1990’s fan-favorite Child’s Play 2. “It’s the creepiest version but also weirdly the cutest,” Mancini says of this Chucky.

Chucky’s look isn’t the only throwback in this series, though. As Mancini explains, Chucky provides the perfect opportunity to once again unite Kyle and Andy Barclay, played by Christine Elise and Alex Vincent, respectively, “30 years on.” Returning franchise star Jennifer Tilly enthuses that Mancini knew fans would want to see what happened to little Andy, and that he’s now turned into a “bearded vigilante.” Maybe things will work out a bit better for Andy this time around… right?

Probably not, as we’re gonna be getting a bit more backstory on what made Chucky the murderous icon we know and love today. Taking inspiration from decades of fan devotion to the franchise, we’ll once again get back to Child’s Play 2’s roots: once again, we have children as the protagonists. As Mancini explains in the featurette, though, he did want to switch it up a bit by focusing on a group of young teens trying to find their way in the world.

Learn more about the story, characters, as well as the evolution of the Chucky doll in the above video, and watch Chucky when it premieres on SYFY and USA on Oct. 12. 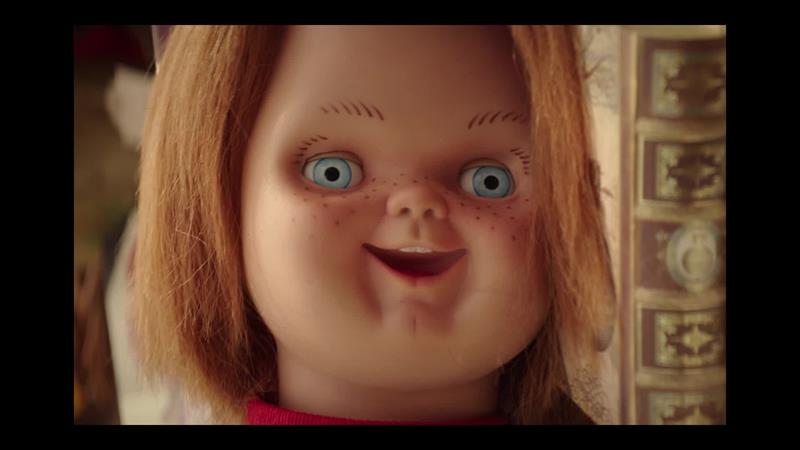