After a few months of delays due to the ongoing COVID-19 crisis, Marvel is finally unleashing an Empyre against its heroes. Led by Teddy Altman (Hulkling of the Young Avengers), the Kree and the Skrulls have finally united under one banner. Their goal is to wipe out the Cotati, a race of plant-like beings who inadvertently began the millennia-old Kree-Skrull War. Even though the target is the Cotati, this new alliance does not seem to worry about the fact the Earth is in their crossfire. It will be up to the combined efforts of the Avengers and Fantastic Four to protect the planet.

Hulkling, who helped found the Young Avengers and protected the planet when the original team went inactive following the events of Avengers: Disassembled, has seemingly turned against his adopted home, his friends, and his lover, Billy Kaplan (Wiccan). It’s not the first (and probably not the last) time a hero has turned against those they have fought so hard to protect.

Here are five other characters who didn’t die the hero and lived long enough to become the villain.

The DC Universe is still reeling from the repercussions of Event Leviathan. Mark Shaw, formerly known as Manhunter, took up the name Leviathan and slowly started dismantling the different “secret organizations” throughout the DC Universe and absorbing them into one. Shaw saw the world of heroes vs. villains as too chaotic, with this chaos exacerbated by the constant interference of these secret groups who are only interested in their plan.

Shaw’s goal was to take this one group also called Leviathan (so it’s easy to remember everything) and bring order to the world. The problem was, Shaw didn’t care who he had to destroy, hero or villain, to do it.

Using the Cosmic Cube, the Red Skull manipulated reality so Steve Rogers was a sleeper agent of HYDRA the entire time. After becoming HYDRA Supreme, Rogers took control of the United States government with a mission to destroy anyone who didn't fall in line with the ideals of HYRDA. Even though the real Steve Rogers returned to reality to defeat his now-evil doppelgänger (the Cosmic Cube can be confusing), it wasn’t without consequence.

HYDRA Supreme manipulated many heroes into joining his side of the fight, while others he either had possessed by a demon (Scarlet Witch) or infected with a computer virus (Vision). In a battle with Miles Morales, HYDRA Supreme seemingly killed Black Widow, and Miles almost committed a murder himself. Steve Rogers’ turn to HYDRA caused a rift in trust and morale within both the heroes and the citizens of the Marvel Universe. 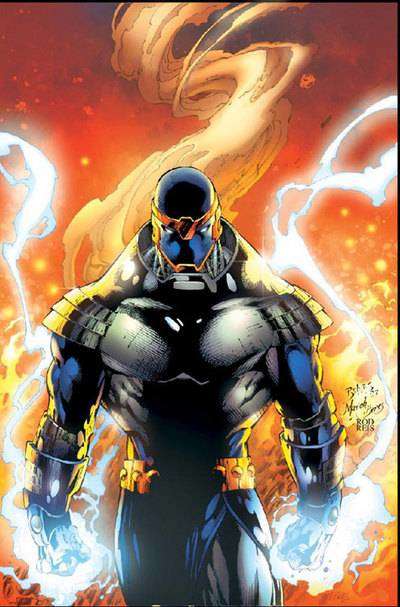 The villain Monarch has a history almost as difficult to explain as the X-Men movie timelines.

During the Armageddon 2001 event, the hero Waverider used his ability to see into the future as a way to determine which DC hero would become the evil Monarch. Eventually, Monarch revealed himself to be Hank Hall, the superhero known as Hawk. Monarch arrived in the present day from the future and killed Hawk’s partner, Dove. In a rage, Hawk killed Monarch, only to realize he had killed a future version of himself. Driven mad, Hall fulfilled his destiny and took up the mantle of Monarch, with the goal of world domination.

Over the years, others have worn the Monarch armor, such as Captain Atom (who was supposed to be the original Monarch had the spoiler not leaked). However, it was the betrayal of the DC Heroes by Hank Hall that makes his Monarch the most menacing.

Ben Reilly, a clone of Peter Parker (because, comics!) fought crime as the Scarlet Spider, and for a time, took on the role of Spider-Man himself. Eventually, though, Ben died during a battle with the Green Goblin. However, Miles Warren, the Jackal and the man responsible for Ben’s creation, took the remains and attempted to clone Reilly again to perfect his process.

Ben died and was resurrected a total of 26 times, remembering each one.

Eventually breaking free from Warren, Reilly took the name of the Jackal for himself and used Warren’s resources to create clones of people he’d lost, so virtually no one had to die. Unfortunately, each clone was infected with the Carrion virus, for which Ben had the only remedy. Eventually stopped by his “brother” Peter, Ben resumed his role as the Scarlet Spider. Now without the positive outlook of Spider-Man, Ben is at a loss as to what his future holds.

Arguably the most tragic tale on this list, Wally West was just as much a victim as he was a perpetrator.

Since his return in DC: Rebirth, Wally had been tortured by the loss of his wife and children, erased from existence during Dr. Manhattan’s interference with Flashpoint. Staying at Sanctuary, a place for DC’s heroes to talk about their mental struggles, Wally became paranoid, thinking Sanctuary was built just for him. He accidentally unleashed a Speed Force wave while trying to find the truth, and killed all of the other heroes staying at Sanctuary. His fellow Titan Roy Harper was among the victims. He did everything he could to cover up the killings in an attempt to time-travel and fix it. It was all for naught, though, as the truth was revealed and Wally found himself in a Justice League prison.

Superheroes are those who are able to withstand the greatest of pressures to achieve victory. It’s the reason it hurts so much when we see them fall. With Empyre just beginning, it will be interesting to see how far Hulkling falls, or if he will be able to pick himself back up.

Empyre #1 is now available at comic shops and digital

It's a fan thing
Join SYFY Insider to get access to exclusive videos and interviews, breaking news, sweepstakes, and more!
Sign Up for Free
All Posts About
Comics
Features
Empyre
You May Also Like
Recommended by Zergnet
Latest on SYFY WIRE

James Cameron has ideas for 'Avatar' 6 and 7

HBO's 'The Last of Us' drops new character posters